This summer I was about to give up on music, all of it sounded the same to me. Music didn’t make any sense, nothing made sense. When all of a sudden I heard this amazing band. The Academy Is. They’re not that well known but they are on tour now. Their concert is spectacular, way better than any concert I’ve been to. They are an alternative rock/pop punk band based in Hoffman Estates, Illinois, a suburb of Chicago. They are often compared to Fall Out Boy, Pink Floyd, and U2. But The Academy Is…is different. They’re better. The way I found this incredible band was from a program called Pandora. Right after listening to some of their songs I ran to my room and downloaded all of their albums. Almost Here from 2005, Santi from 2007 and their newest one Fast Times at Barrington High from August 2008. Not only does their rhythm rock, but their lyrics do too. About a Girl is my all time favorite song. I can completely relate to it, and the actual music behind it is remarkable. It starts out slowly, then the guitar starts to play, and then the astounding lyrics come in. This song is about how he likes this girl, but he wants to get over her. It lets us know how hard it truly is to get over someone. The reason it’s called About a Girl is because since he’s trying to forget her, he doesn’t want to give her a name, he wants to make himself believe that it’s just a girl, nothing special about her. This is just one song, and for a fact I know I can relate. Their other songs are like this also, so easily relatable, and with wonderful music. When I first heard this song I was amazed, the beginning and the chorus reminded me of a song from the Broadway musical Rent. But then as I heard the whole song, I noticed they were completely different. The lead singer, Travis Clark has a certain voice that is new and exiting, but slow and chill at the same time, that’s why their so unique and great. Not only is the singer good, but the guitarist is too, without him, LaTrace and the rhythm guitarist, Carden their songs would be bad. I believe The Academy Is…is a wonderful band that not only has it influenced me to believe in music once again, but that it will definitely influence many others. 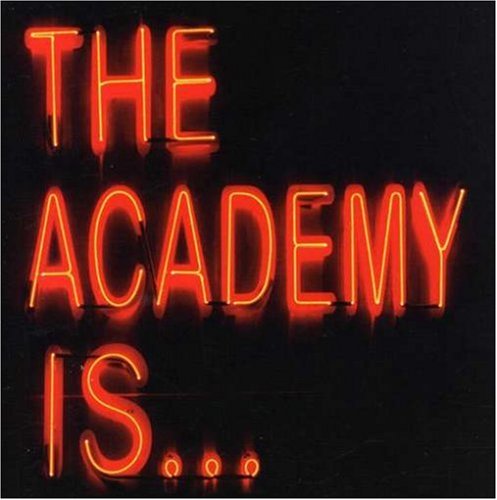