Juno Soundtrack
An Indie Rock Soundtrack: An Instant Classic
Juno is a Comedy/ Drama about a smart and witty teen girl who gets pregnant by her classmate/ best friend Paulie Bleeker. Juno was released in limited theaters on December 5, 2007 but has since captured the hearts of movie goers across the United States. By a popular demand, the comedy is now playing in theaters everywhere.
The film was directed by Jason Reitman who also directed Thank You for Smoking back in 2006. Juno is a warm and heart felt film without being the least bit cheesy. Not only is Juno an amazing movie, but the soundtrack is one of the best soundtracks for a movie I have ever heard. It is a compilation of indie rock classics that music lovers will enjoy. The album features Kimya Dawson, Cat Power, The Velvet Underground, Moldy Peaches, Antsy Pants, Sonic Youth and many more. This album can be played from track one through track 19 without disruption or the necessity to change a song. It's that good.
Despite that fact that in the movie, the main character, Juno (Ellen Page) has a love for Iggy and The Stooges, Patti Smith, and The Runaways, most of the songs are mellow, and acoustic sung a sweet and harmonious voice that will most certainly have the listener singing along with very song on the album. The album also features “Anyone Else but You” as sung by Bleeker (Michael Cera) and Juno (Ellen Page) at the end of the movie that is sure to be an instant classic amongst indie-rock lovers.
I recommend this album highly to anyone who likes indie rock, folk rock, or music in general. Some soundtracks have been disappointing in the past I must admit, even the ones to some of my favorite movies. I have felt sorry and regretted purchasing a soundtrack before, but not in this case. It is the wisest way to spend $11.99 and you won't be disappointed. 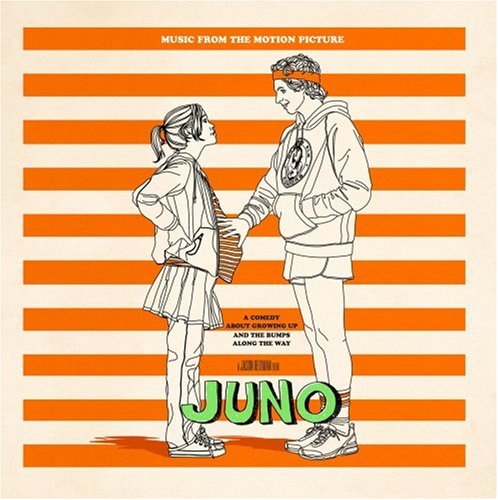 Favorite Quote:
"What would life be if we had no courage to attempt anything?"-Vincent Van Gogh

View profile
LOVE this soundtrack!! so true. This movie introduced me to Bowie’s “All The Young Dudes” and Kimya Dawson. so grateful