Most of us who were born before Y2K have heard of the industrial music genre. But have you heard of Nine Inch Nails?

Trent Reznor is Nine Inch Nails. He is the only official member of the band, though he does assemble a group for live performances.

1989 was one of the best years in rock music. It was also the year NIN released its first album, “Pretty Hate Machine.” This was the start of years of touring and song writing for Reznor.

The album was produced by Mark “Flood” Ellis, with collaboration by Adrian Sherwood. Reznor employed straight-to-the-point lyrics, good rhythm, and an amazing line-up of songs. All of the songs originate from what Reznor was feeling or thinking at the time. And I love his statements!

“Pretty Hate Machine” has a catchy snare-driven beat. It combines pop with the best of classic rock. It is a sound that feels unique to Nine Inch Nails. I've listened to several industrial-labeled bands, and none compare to NIN.

The album has a darker attitude than the rock songs of this period. It contains metaphors of rejecting God and materialism, and delves into other mature subjects.

“Pretty Hate Machine” is not an album for all ages because it has some mature lyrics. But it is one of NIN's best and most approachable albums. If you like industrial or techno rock, Nine Inch Nails is the way to go. 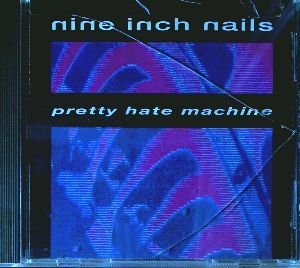 
Buy from Amazon
The author's comments:
I had just gotten my PHM CD a week or so ago, and it was an instant favorite!
Post a comment
Submit your own