We Stitch These Wounds by Black Veil Brides | Teen Ink

We Stitch These Wounds by Black Veil Brides

I stumbled upon Black Veil Brides quite accidentally. I saw a drawn picture of Andy Biersack (the lead singer) with his name and I wondered about this man someone had taken such time and skill to create. I googled him and found out about his band, Black Veil Brides. I managed to borrow a CD some time later and to be honest, I wasn't too impressed with "We Stitch These Wounds." Don't get me wrong, this is a band with a lot of potential and their talent is obvious; However, I found myself comparing them to other bands of the same genre and well, they're not up to the level of other alternative rock or metal greats.

I was disappointed right away with the song "Knives and Pens" I loved the title and the message within, a good song overall. But, the beginning guitar rift was very similar to an Avenged Sevenfold song. "We Stitch These Wounds" the title track sampled a song by Rammstein. These similarities distracted me from truly appreciating the songs. I know imitation is a form of flattery but when I find such a fresh band, I want to hear them as they are. I don't want reminders of other tracks from other musicians. The lyrics are just two steps above mediocre with sometimes too-obvious rhyming schemes. Some poetic lines and various metaphors are what keep these songs from being run-of-the-mill.

Andy's voice is a nice one. It's not a stand out but it does convey emotion well despite being just a bit monotone. I also had the strangest feeling that during Andy's "screamo" moments, there was auto-tuning done. On the same subject, I felt that a lot of "growling" was injected into songs in moments where it came off a little awkward. In the aforementioned song, "Knives and Pens" I personally think there was no need for it at all; Andy Biersack could have had more impact by shouting out the lyrics instead. One song that ultimately won me was "The Mortician's Daughter," a sweet acoustic. I'm a sucker for violin and I thoroughly enjoyed the duet of violin and acoustic guitar. The lyrics are sweet and there are metaphors within the song that allow it to be more vivid. The tune is simple but very lovely.

In my opinion, the Black Veil Brides are a band with all the potential in the world. For their age, they have already acquired a lot of strengths. Jake Pitts and Jinxx are amazing on guitar and if given the chance, I have no doubt that they can be guitar giants in the future. Sandra Alvarenga's drums aren't to be left out either, she has definite skill and when my little sister told me she wouldn't play drums because she was a girl, I used Sandra as an example to show her that not only can it be done-it can be done well. I'm expecting big things from this band in the future. Right now, I can tell that they are still finding their way around their music and there's nothing wrong with that. There is no denying that Black Veil Brides have that "it" factor. They have it inside them to eventually set the world on fire, they simply haven't found the perfect fuel yet. 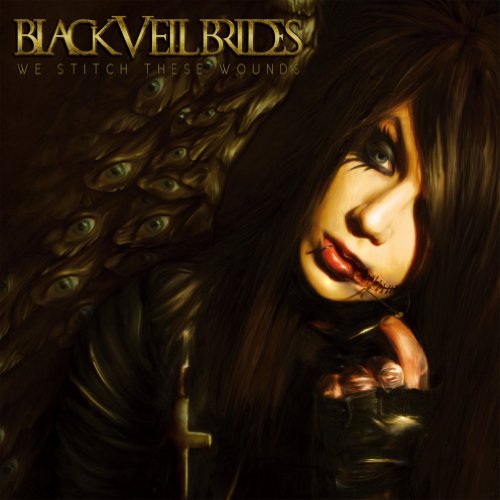 
Buy from Amazon Available on iTunes
The author's comments:
"The Mortician's Daughter" is a song I've been playing again and again for three days now! :)
Post a comment
Submit your own

View profile
Really? I mean i like all of their music but please try to appreciate itfor what it reall is.