Bleach was fantastically raw and metal-ish; Incesticide was filled with punk-y b-sides; Nevermind
was full of catchy poppy melodies; Unplugged was an album of haunting, acoustic, tunes; and In Utero? In Utero was a combination of that.

The last studio album by Nirvana (unless you count Unplugged) is all of those things mixed together. With this record, they captured a more abrasive sound than Nevermind, while still keeping their sound more musical than say, Bleach.

The album kicks off with “Serve The Servants”, a song in “loud-quiet-loud” format. And it ends with a song I find slower and quieter called “All Apologies”

Nirvana was the first band to TRULY popularize the grunge sound. You’ve probably heard this a million times before but they took punk to the masses. Instead of just marketing their own punk-y sound though, they also sort of, in a way, advertised other great punk/grunge/alternative bands like Sonic Youth and The Pixies, getting more people into that kind of music.

The music is great, in my opinion. As I’ve basically already stated, their songs are full of shredding guitars, and scream-y vocals that are filled with emotion yet they still manage to keep their songs listenable, catchy, even. The lyrics may be a little nonsensical, I don’t know, but the way he sings them, and the way they go with the music, is just phenomenal.

But despite what people say, Nirvana are great. Give them a chance, and by giving them a chance, I mean, listen to actual albums. Don’t just listen to the popular songs off Nevermind, like, “Smells Like Teen Spirit” or “Come As You Are”.

The main theme of the article is this: LISTEN TO IN UTERO!!!!! 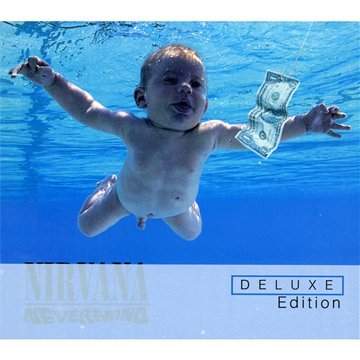 
Buy from Amazon Available on iTunes
The author's comments:
I'm Kaitlyn and I'm a HUGE Nirvana fan, which is why I wrote this. Also, I like a whole bunch of grunge bands, including bands like Mudhoney and 7 Year Bitch and the Gits and stuff, so I really hate when people who listen to, like, Pearl Jam and Alice In Chains boast about how they're real grunge fans since they don't like Nirvana. It makes no sense whatsoever.
Post a comment
Submit your own