The former American Idol winner's third CD is not without controversy. Before its release, record label mogul Clive Davis publicly denounced support of My December, reportedly offering Clarkson an extra million dollars to record new songs. The reason behind Davis's griping is evident: Clarkson's new CD severely lacks the catchy pop tunes that dominated her previous chart-topping records. Instead of appealing to the sugary tween market, My December echoes the raw, angry tones of Alanis Morrisette's classic album Jagged Little Pill. While most of the songs are not as radio-friendly as the girl-power beats from her last albums, My December is by no means a flop. On the contrary, Clarkson fans will likely mark it as their favourite of all her releases. Clarkson's expressive vocals shine when paired with an edgy rock beat, ranging from raspy shouts to coy, honeyed whispers.

She later reveals a softer persona in ‘Be Still'. “Foolish one with the smile, you don't have to be brave. I'll gladly climb your walls, if you'll meet me halfway,” she sings during one of the album's rare, tender moments.
The record itself is a bit of an oddity. Clarkson's pop-star status hinders her creditability on rock stations, yet My December is too raw for pop and soft-rock radio. While the record is worthy of praise, it does take a few listens to appreciate Clarkson's new, mature style. Whether the public has an attention span long enough to allow My December to grow on them, however, is another matter.

Highlights of My December include:

‘Never Again': ‘Never Again' puts into song the deep anger felt over a cheating lover. The first single off My December, it debuted at no. 8 on the Billboard Top 100, but received little radio airtime. While not immediately catchy, soon you'll find yourself humming and jumping along to the song's heavy rock beat.

‘Sober': The tranquil, almost hypnotic quality of ‘Sober' is a significant but welcome change from My December's heavy sound. The second release from My December, ‘Sober' received virtually no airplay and quickly exited the charts. This is unsurprising, given the song's unusual rhythmic sound. It is a beautiful song, however, and impeccably embodies the essence of quiet December night.

‘Be Still': One of the album's few romantic songs, Clarkson whispers to her lover: “Be still, I already know.” Yet like the rest of her album, the song is bittersweet, as Kelly sings of a crumbling relationship. Her beautiful voice is fully displayed on this track, gently echoing the clear notes of a bell.

‘Yeah': One of the record's standout tracks, ‘Yeah' should have been a single. Its catchy, tongue-in-cheek chorus compares to Clarkson's Breakaway hit ‘Since You Been Gone', yet with a less over-produced sound.

&#39Chivas' (hidden track): ‘Chivas' is an unlisted track that plays one minute and 25 seconds after My December's last song, ‘Irvine'. An acoustic song about drowning one's sorrows after a breakup, ‘Chivas' is humourous and light-hearted. When Clarkson proudly proclaims to her audience: "It's hard not to look, I know. I'm amaz-zing-ingg," who are we to argue? 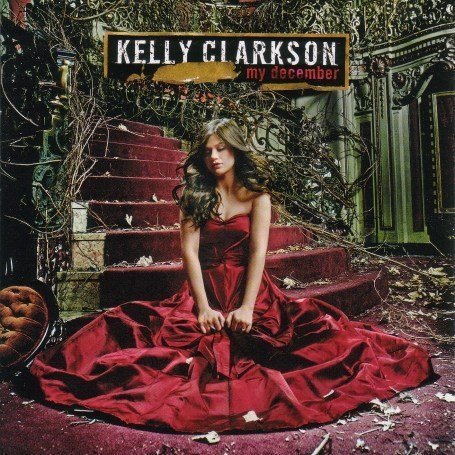