What can I say about this album? In my opinion, it’s basically the best album ever. That’s basically all I need to really say, but I’ll write more about it anyway.

From “Cherub Rock” to “Luna” and every song in between, this album is the most amazing album ever! Billy Corgan, Jimmy Chamberlin, D’arcy Wretzky, and James Iha, together made this album absolutely wonderful, despite all their problems with writers block, depression, break ups, heroin addiction, etc. Both the lyrics and the music are great.

It’s a mix of all different kinds of music. Despite the fact that this album was made during the 1990s, this album isn’t just your regular grunge album. It’s influences range from dream pop to heavy metal and a lot of other genres in between.

Anyway, even though this band, The Smashing Pumpkins, is my favorite band of all time, and I love them as a band in general, this album is probably my favorite by them. Mellon Collie and the Infinite Sadness is better in a lot of other people’s opinions, but personally, this one will always be my favorite..

I could talk more about The Smashing Pumpkins, but I don’t want to be TOO annoying. Kbye. 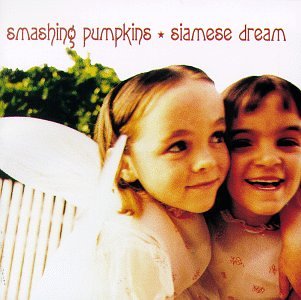 
Buy from Amazon Available on iTunes
The author's comments:
I love love love Smashing Pumpkins <3 <3 <3 <3 <3 Enough said.
Post a comment
Submit your own