The Life of a Pirate by Cady Groves | Teen Ink

The Life of a Pirate by Cady Groves MAG

Every day I wake up to the blaring laughter of my alarm clock, smack it, and grab my iPod. See, part of my morning routine is listening to my “Wake Up” playlist. Some of the music is uplifting, like Group 1 Crew; some is quiet and happy, like Jack Johnson; and some puts the worries out of my head, like Mika. But the one artist who does it all is Cady Groves.

This country/pop star started singing when she was 7, and now, at 21, still radiates with musical talent. Her first album, “A Month of Sundays,” came out in 2009, and listeners raved. Five months later, Cady released “The Life of a Pirate” on iTunes, and people once again were blown away by her voice and lyrics. She's been featured in songs by bands like Plug In Stereo, Breathe Electric, and the artist Ethan Gibson.

The lyrics of Cady's songs describe both dream-like fantasies and realistic memories of passion that all ages can enjoy, though most of her fans are teenagers. Free of vulgar language and adult content, Cady sings of teenage love and loss with a Southern accent. Most of her songs have guitar, piano, clapping, and drums. No ­computer-generated electronic sounds here; the music is played by her or the band.

“Changin Me” is a moving song about living life to the fullest, while the title track is about escaping the drama and hubbub of the world. “A Town Like This” has relaxing vocals with her soothing guitar-playing behind it, and the sad but inspiring “Phoenix” teaches us that we can move on after a break-up.

By the time I am ready to head out the door, I'm awake. I'm not sure whether I have my mint toothpaste to thank or my “Wake Up” playlist, but one thing is for sure: Cady Groves definitely has something to do with it. 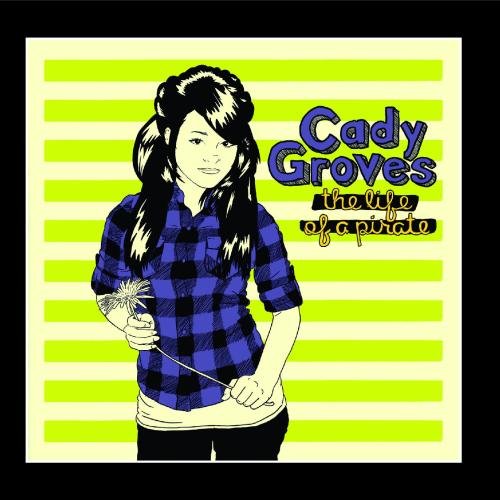 
Buy from Amazon Available on iTunes
The author's comments:
She's one of my favorite artists, and I really hope she becomes a few other peoples' too.
Post a comment
Submit your own

Cady groves, she honestly is my role model. i write my own songs, and soon plan to record my music almost just like hers(: i saw her at Bamboozle Roadshow and she is a extremely sweet girl and her voice is EXACTLY THE SAME, now you can't tell me you'll find any hip-hop artist doin' that? i actually like hip-hop so im not dissing it but most singer-songwriters tend to not alter their voices at all in recordings, ad cady groves has to be the real-est of them all...if thats a word?? but anyway, her songs of breakup-makeups-and love are moving and feel good. Like 'life of a pirate'. when i first heard it from the crowd of Bamboozle, it broght a smile to my face, such a funny feelgood song, it wasn't until recently i realised it was about not fitting in and it just made her seem more real to me. and ever since seeing her in concert i've been hooked to her music! i hope one day i will be able to meet her to tell her this in person, just how she is my hero and role model, and how i inspire to a singer sonwriter just like her and Chase Coy, and that she and him really inspried me to follow my dreams, and their lyrics helped me through some rough times(:

[sorry for going on a rant, but for people who inspire me? i tend to go on a rant about....or anything for that matter.lol]

Favorite Quote:
A dog comes when called; a cat takes a message and gets back to you

View profile
I have never heard of this song before but I will look it up! Thanks!