The Arcade Fire's album, Funeral, is a hot, ballooning joyride. If it wasn't for the unique compositions and sound associations that were introduced though the band's first album, Funeral, The Arcade Fire's successful Neon Bible may never have hit stores in March of 2007. Funeral comes with a lot of “bad news”, but there's plenty of optimism lurking in the lyrics that give the album such outrageous style and flavors. The sudden light at the end of the tunnel comes with more than good lyrics, but with an original sound as well; the piano, drums, accordion, xylophone, dueling violins, cellos, horns and harps help to send you off to a neighborhood's streets that seem all too familiar. And let's not forget a variety of guitars.


Track one is “Neighborhood #1 (Tunnels)”. Lyrics help to illustrate the story of a sad soul reaching out for a certain “someone”. It is certain that the music preys upon the mind, helping you to retreat inside yourself and feel as if you are moving along through some kind of melodic tunnel. The band's own Win Butler provides vocals for the track and his varying style of singing is not only rigid at times, but beautifully accents the mesmerizing background sound.


Track nine is “Rebellion (Lies)”. The song's inner heart peers through a foggy combination of rigid percussions and the low humming of a telecaster guitar. Suddenly, an energetic piano composition comes blasting above the underlying instruments. It's fast and alive and it's soaring right along with the lyrics which are equally powerful. The song is about looking past your own fears and others' and simply living for the day.


Regine Chassagne provides stirring feminine sounds to some songs like, “In the Backseat”, a bold and beautiful song. The song's lyrics are brilliant in depicting the backseat of a car and comparing it to a less-appealing ranking in terms of family and life itself.


Ultimately, Funeral is an artistic example of good music that is commonly overlooked by potential listeners. It's a ride worth taking and the album can be found at a music store near you. 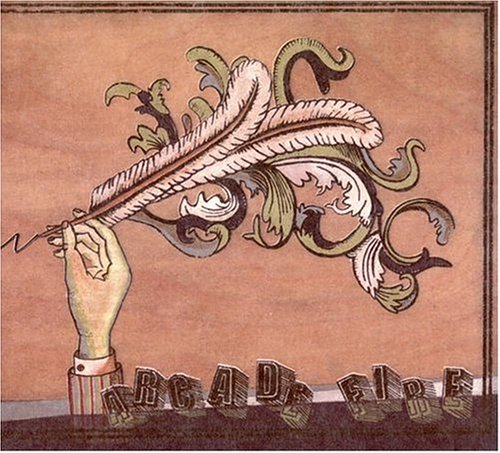