Into The Woods | Teen Ink

What do you think when you hear the name Sondheim comes to mind? Naturally you think of Sweeney Todd: The Demon Barber of Fleet Street, Gypsy, West Side Story, A Funny Thing Happened on the Way to the Forum, and Company.

But this book however is the only one he ever published that’s the most well known. It’s also so very different from his style. At first that’s all I thought he wrote: dark, thrilling, and comedy’s.
Into The Woods however, broke the monotony with a complicated story and cast, and after reading it just blew my mind.

Together the two of them take four or five different stories, and intertwines them all into one.

The story revolves around the major characters: a young girl, Cinderella, who wishes to attend the ball. A poor boy, Jack, who wishes his cow Milky White would produce milk or his mother will force him to sell it. A Baker with his wife, who are childless due to a curse put under them by a witch after the Baker’s father stole magic beans from her garden. Who then takes the Baker’s sister, Rapunzel in exchange for the loss. And a little girl, Red Riding Hood, who buys bread from The Baker to take to her grandmother.

The Baker with his wife then ask if the curse could be lifted, and the witch agrees. She then tells them she’ll reverse it only if the couple will retrieve the items required to make a potion: a cow, a red cape, a strand of hair yellow as corn, and a slipper as pure as gold. After retrieving the items, they must also bring them to the witch within three days.

The characters each have their own specific plot and story, but Sondheim and Lapine neatly wove them together with collisions with each other. And also teach them the power of cause and effect, what you have to give up to keep what you want, and also learning that even after you reach your goals, you can never be satisfied.

My reasons why I love this book so much is three fold. First of all, because this is the only original book Sondheim wrote. Second, because he combines a story for all ages with hidden adult symbolism. And third, because it’s so original by “re-dreaming” our childhood stories and giving them a twist.

We all have goals and dreams, but even after we accomplish them, are we ever satisfied? Are rich men satisfied with millions of dollars? Is a movie maker ever satisfied with just one Oscar? To find these answers, you have to go where there are no limits or boundaries, and travel into the woods. 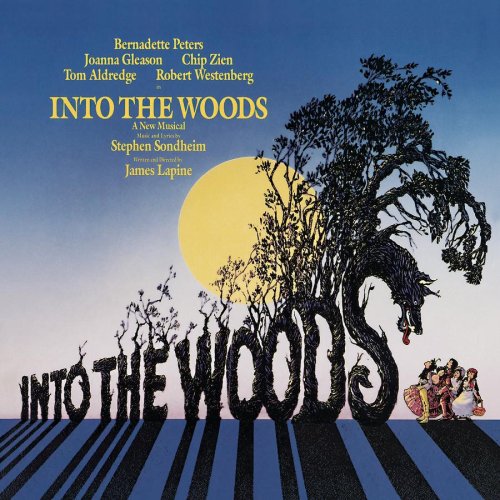 
Buy from Amazon Available on iTunes
The author's comments:
this is the first review, cut me some slack
Post a comment
Submit your own