On the opening track of her new album, Jukebox, released on January 22, 2008, Cat Power belts, "these vagabond shoes/are melting away" with just as much believability as Frank Sinatra, who made the song famous.

Born in 1972 in small-town Georgia, Charlyn "Chan" Marshall, under her alias of Cat Power, brings a new definition to the genre of female singer-songwriter. Alongside similarly soulful female vocalists such as Neko Case, Feist and Regina Spektor, Marshall is one of an elite league of talented songstresses who have ruled the 2000s with their powerful pipes. Countering the feministic, demeaning standards of her whinier predecessors of the 1990s, Cat Power's vocals range from the ethereal to the guttural; her lyrics never fail to leave listeners inspired.

Although Marshall has been releasing albums since the mid-1990s, she gained perhaps the most widespread recognition of her career in 2006, when her diverse album The Greatest made it to number 34 on Billboard 200 sales charts. This was also the year in which Marshall overcame her lifelong stage fright, which before had hindered her live performances, and was a keynote act at the South by Southwest music festival in Austin, Texas. Since then, Marshall has been heard by mainstream television audiences, after covering Cat Stevens' "How Can I Tell You" for Zales Diamond Stores' 2007 ad campaign.

In the wake of the commercial Stevens cover, Marshall has followed up on her first cover album, 1997's appropriately titled The Covers Record, with Jukebox, a 12-track CD consisting of 10 cover songs and two new Cat Power originals. Marshall's affinity for covers is not to be mistaken for a lack of talent, however; there are few other popular modern musicians who could re-arrange Bob Dylan's "I Believe in You," Hank Williams' "Ramblin' Man," and Billie Holiday's "Don't Explain" over the course of one 47-minute CD, and pull it off. In addition, Marshall's originals, her previously released "Metal Heart" and climactic, catatonic "Song to Bobby" are strong and transcendent tracks. Her version of the traditional blues hymn "Lord, Help the Poor and Needy," backed with potent percussion, poses ever-relevant themes and is not to be missed. All of this with the raw musical accompaniment of an acoustic guitar, a few organs, and a piano. 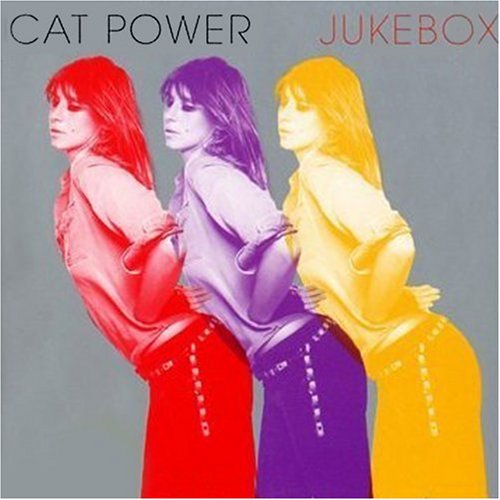