The last Broadway show I saw was Spring Awakening, and, to be completely mundanely boring, I found it just as intoxicating and exhilarating as those mythic Tony voters of lore did. I have to admit that my experience was deeply affected, though far from marred, by an enormous crush on Jonathan Groff that, like an old war wound, still twinges a bit whenever I think of German teenagers. (After re-reading that sentence, my analogy actually makes a lot more sense than I had originally intended.) I showed up knowing every single song in the show, having obsessively listened to the soundtrack beforehand, and it didn't spoil any plot twists, because the songs act more as a commentary on the show than they advance the plot. I was pleasantly surprised at how many jokes and funny moments came out of the wood work through good performances and clever direction; many more, indeed, than I heard just listening. As I am hard-wired to be sarcastic and jaded, I had to work hard not to snicker when I first saw Leah Michele ‘dancing' like she was taking a bubble bath, but soon bought into the interpretive choreography. And also, I was shocked, even then, at how I completely accepted the ‘dry ice, back from the dead' sequence. Spring Awakening was a beautiful fusion of then and now. 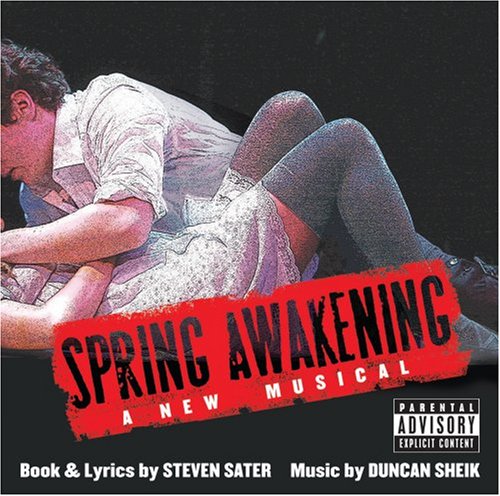 Favorite Quote:
Get living or get dying -Stepen King
We are a little weird and life is a little weird, so when we find someone who's weirdness is compatible with our own, we fall in a mutual weirdness and call it love. -Dr. Seuss

View profile
I totally agree with you. My friend had found a preformance from the Tony awards so I wiki-ed what the plot was and at first I was... O.O shocked. But I youtubed the whole broadway preformance and I'm pretty much obsessed. I watched it after knowing Leah was Rachel and all the other characters. Like, when people think of it they thing sex. But it teaches you  more than that. It teaches you that families have different rules and expectations and some kids might not be coming from the same, loving family. This really covers topics most people wouldn't want to touch upon like sex, sexual abuse, homosexuality, suicide, ect. I enjoy this musical. Did you know it may become a movie?