Read Between the Lines by KSM | Teen Ink

Read Between the Lines by KSM

KSM isn't just any all-female rock group. They're THE all-female rock group. And they prove how rockin' they really are with their debut album "Read Between the Lines." They start this energetic album off with "Don't Rain on My Parade" which has a really rock/bohemian flavor to it; not to mention that the rock beat takes a step up in the chorus. Next is the infectious sing-a-long "Crazy Over You." With its unforgettable lyrics, it's sure to be one of the next great rock anthems. "Read Between the Lines" has a great ratio between the rock sound and some really awesome techno licks, and the lyrics really express the song's story. "Everytime You Go" slows down the tempo, but just a little. It's a strong power-ballad that really shows off the band's sweet side tune and voice wise. "Saturdays and Sundays" starts off a little slow then buids up the tempo to create a feel good, free, and danceable tune that has fantastic lyrics which will be stuck in your head for days. "Permission to Party" turns the tempo up even more with its great, fun beat. "Distracted" is a complete KSM classic. It's a little bit more reserved but still has the great rawness and up-temponess that makes it a KSM original. "Unpredictable" has an infectious beat that is very guitar and techno driven. It has great lyrics that you'll have stuck in your head for weeks on end, and you'll never want the song to stop. "Don't come Crying to Me" has a really hard core beginning, and the chorus makes the beat a little lighter. This is matched with a very fast, guitar driven tempo that you'll totally be dancing to. "Best Friends Forever" has a very nice acoustic sound that includes a great, strong, heart-grabbing feel mixed with an awesome guitar solo. "Slow Motion" has a beat that builds up during the beginning which turns into a very infectious beat. With a powerful beat and wonderful lyrics, it's a song that you can totally rock out to. "2 Guitars, Bass, and a Drum" has a really catchy rock-beat that will be stuck in your head for a very long time. The music-themed lyrics really give off a great message. It has a very fast beat, and the 2 guitars, bass, and drum each do their own solo, which makes you become even more immersed in the song. This awesome rock machine ends with a cover of Cheap Trick's rock hit "I Want You to Want Me." The girls really bring this song back to the rock anthem status that it had in the 1980's. Not to mention that they give it their own twist while sticking to the original.

Bottom Line: these girls can rock harder than any guy band of this generation! With their original sound, band name, unique fashion styles, and a great debut album that shows all of their unique music talents, these girls are going to be rocking the music world for a VERY long time. Enjoy! 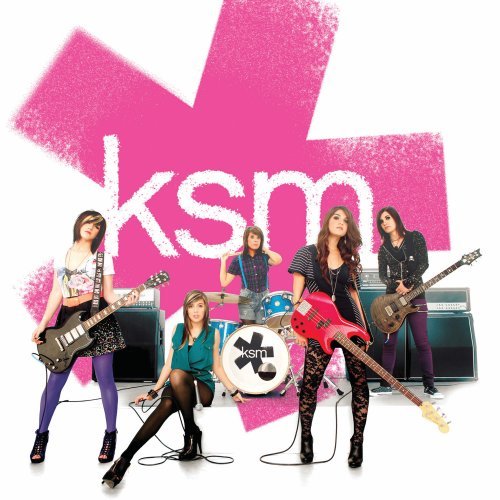