Rascal Flatts is my favorite country music artists. They deliver such awesome, touching, catchy music with every new album. Their last CD, "Me and My Gang" made record-breaking sales and took home numerous awards at the Grammys, AMA's, CMA's, and every other Music Association awards out there.
In September, their new album from Lyric Street Records dropped on the 25th. Appropriately entitled "Still Feels Good", this is the groups sixth album since debuting their self-titled CD in 2000. (Most people would think it was only five, but they dropped a Rascal Flatts Live album in 2003.)
As usual, the song sharing the title of the album is my favorite. "Still Feels Good" depicts a couple in a long-lasting relationship, still enjoying being together. It's sooooo cute! Other great songs include "No Reigns", about a girl hitting the road after getting out of a going-nowhere relationship; "Here", about the roads it takes to get to the place we're meant to be; and "Every Day", about how we survive life's plummets with the people we love by our sides.
I've been to two concerts --- can't wait for the next one --- and each time, the energy received and energy given from this award-winning, double-platnum, too-hot-for-words trio is amazing! If you've never thought of giving RF the time of day, start concidering it. Trust me, you'll love them from the moment you hear the first note. 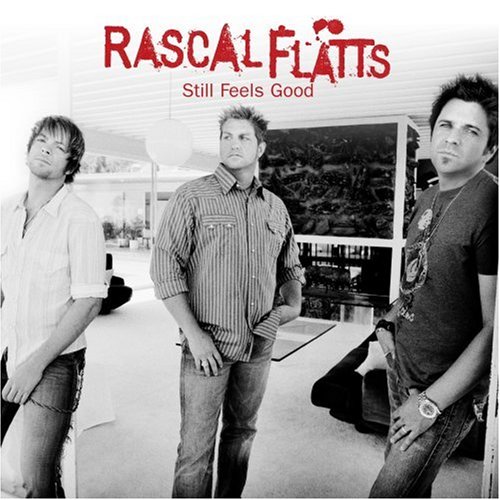