Though they may not know it, the beginnings of Beck’s and Radiohead’s careers actually have a lot in common. Both started off playing music relatively young, unexpectedly found themselves in the spotlight due to a nihilistic surprise hit (the former’s “Loser”; the latter’s “Creep”), and went on to become extremely successful while ironically dismissing the songs that made them superstars. However, that is where the similarities end, for while the rest of Radiohead’s debut is generic wannabe-rock radio fare, Beck’s first really popular album (the much lesser-known releases “Golden Feelings” and “Stereopathetic Soulmanure” were already out by that time) is a shockingly imaginative, never-predictable stunner through and through.

That isn’t to say that the rest of “Mellow Gold” overshadows its most popular tune. In fact, that infectious folk-hip-hop slacker anthem, complete with nonsensical stream-of-consciousness lyrics (“So shave your face with some mace in the dark/ Savin’ all your food stamps and burnin’ down the trailer park”) is easily the best thing here. However, those who think they know what to expect from the rest of the album based on that particular song are gonna have to prepare themselves for a real shock, ’cause absolutely nothing could be further from the truth. Though Beck himself described “Gold” as conceptually being something along the lines of “a satanic K-tel record that’s been found in a trash dumpster,” it really feels more like a seriously tripped-out Bob Dylan release co-produced by Ween; erratically switching between being laidback [“Pay No Mind (Snoozer)”], freaky (“Soul Suckin’ Jerk”), woozy (“Steal My Body Home”), and just plain nightmarish (“Mutherf*****”).

Despite the album’s pervasive anti-commercial attitude and gleefully bizarre genre-hopping, however, perhaps the most shocking thing about it was how critically and commercially well-received it was, selling over 1 million copies in the United States and even earning the approval of the notoriously hard-to-please Robert Christgau. True, it may not be for all tastes, but for those brave enough to try to unearth it, this “Mellow Gold” offers lots of warped fun. 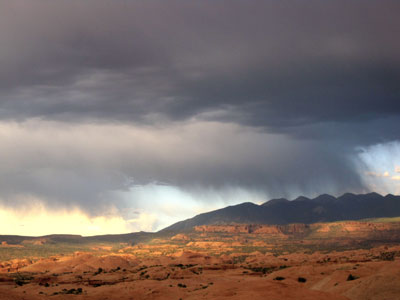