Siamese Dream by The Smashing Pumpkins

Long before they ran out of creative energy and resorted to putting out incomprehensible concept albums just to earn a cheap buck, The Smashing Pumpkins was not just a credible alt-rock band, but one of the grandest, prettiest, and dreamiest to ever grace the alternative music scene. The proof: Siamese Dream.

Looking back at it now, what with how flat the Pumpkins are nowadays (“We’re gonna make this happen/I’m gonna fly forever”), it’s a real shock just how lyrically brutal the album is at times. Songs like “Soma”, “Disarm”, and “Spaceboy” take a hard look at frontman Billy Corgan’s personal problems while packing a real emotional punch, while the bleakly upbeat “Today” and the epic “Silverf***” are some of the band’s darkest moments. The fact that Corgan (who actually wrote and performed most of the album himself, essentially making it his solo debut) was actually pondering suicide while recording the album makes these grim moments even more disturbing. Lyrically downbeat as it may be, there’s no denying how much Siamese Dream soars musically, especially with Nevermind producer Butch Vig in the recorder’s booth. While some moments admittedly stand out more than others, the classics on display here (“Cherub Rock”, “Today”, “Disarm”) not only rate among the band’s finest work, but also as some of the greatest of the entire decade.

While The Smashing Pumpkins would officially become superstars with the sprawling double set Mellon Collie and the Infinite Sadness and the mega-hits that came with it (“Tonight, Tonight”, “Zero”, “Bullet with Butterfly Wings”, “1979”), after that, they unfortunately never reached the same level of musical genius that they did with their earlier work, now living in the pale shadow of the band they once were. That’s a true shame, as for one brief moment in the 1990s, it looked like they would be alt-rock’s triumphant saviors. The only thing we can do now is listen to this groundbreaking genre classic and sigh mournfully at what could have been. 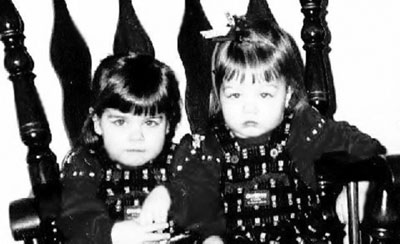