Everyone has heard of her. Her albums debut at number on Billboards and her new movie hit the big screens April 9th, 2009. Miley Cyrus. The very name causes controversies and arguments across the world. Is she a good role model? Does she really have what it takes to be a respected artist? Well, my opinions were formed after years of watching her show and listening to her music. First, let's answer the role model question. Recently, Miley had received a lot of bad publicity, from her Vanity Fair pictures to her new boyfriend, Justin Gaston. But she has also received a lot of positive praise, for her movie, her new book Miles to Go. All I have to say about this matter is that Miley is both good and bad. She has made her share of mistakes, but she has also had her share of goodness.

Everyone says, once a Disney star, always a Disney star. Miley is one of those teen stars who live to entertain tweens. Her music, show, book, and movie are for children ages 6-16. Nothing more. Now, Miley is growing up, but her reputation isn't. Does she really have what it takes to become an artist that even adults will grow to respect? Well, I don't know. Her first big step towards this is a new movie coming out 2010 written by Nicholas Sparks just for her. I'm pretty sure that this will be a successful movie, but not because of her acting skills, but because its Miley Cyrus. I have a lot of faith in Miley, but I agree with the simple facts: it's going to be hard for her to become something more than just another Disney star.

We have all seen the mean comments and videos made about Miley. And I find those videos sick. How can someone judge her when they don't know her? I'm not judging Miley. I look at both sides of the issue. Most people just judge her by her mistakes and by what the media makes her look like. I've made many videos about this subject, trying to show people that they shouldn't judge her if they don't know her story.

Miley is a talent girl and she's bound to become something in history. She's battled her own mistakes and took home triumphs that not many stars can ever claim. 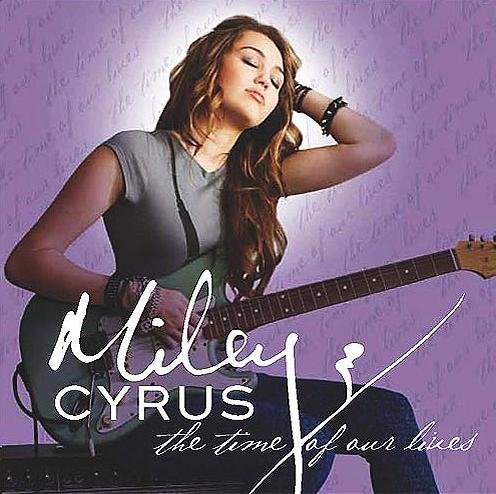 View profile
i don't realy like her that much but, her dad was awesome back when he was a country star.
Duane BRONZE said...
on Apr. 13 2011 at 1:34 pm
Duane BRONZE, Wathena, Kansas
3 articles 0 photos 27 comments

View profile
MILEY SUCKS THE ONLY REASON SHE HAS A MUSIC CAREER IS BECAUSE OF DISNEY !!!!!
chelle said...
on Oct. 13 2009 at 12:59 pm
Miley Cyrus had made some mistakes yes but she has also said sorry for them she is such a bad roel model.
Blueneo said...
on Sep. 30 2009 at 2:34 pm
You have a very strong review of Miley, but I would've to disagree, after what I've seen of "Hannah Montana" I would say shes fairly similar to most Disney Stars. Miley Cyrus is the most overpaid tone deaf Disney star we have seen in the longest time. Her music all but makes my ears bleed especially "Party in the USA" Her lyrics make no sense and have absolutely no significance whatsoever. If she appeals to anyone it's because they don't yet know what good music is, or they're deaf. We have nothing against the author or anyone that likes Miley, this is my own opinion, so I'm sorry if this offends anyone.
accio-sarcasm said...
on Sep. 28 2009 at 8:43 pm
accio-sarcasm, Nunya Effin Business, Other
0 articles 0 photos 59 comments

Favorite Quote:
"To the well organized man, death is but the next great adventure."
-Dumbledore, Harry Potter and the Sorcerer's Stone

"There's nothing wrong with you. There's just a lot wrong with the world you live in."
-Chris Colfer

View profile
miley cyrus is a horrible role model! yes, she has a beautiful voice, but she has made horrid mistakes! she said sorry, and i understood that she was. then shew went and did it again!
LoveLikeWoe DIAMOND said...
on Jun. 5 2009 at 7:03 pm
LoveLikeWoe DIAMOND, LeSueur, MN, Minnesota
54 articles 2 photos 748 comments

View profile
Okay cool thanks!!! If you are new here, there's a bunch u can check out if you have time! I love the Orchard of Hope by Ian S. I like Need Love? by ceriberry24. and check out Secret by EdytD. Thats just a few. Some of mine:

thanks:)
Sandraaaa GOLD said...
on May. 5 2009 at 1:59 am
Sandraaaa GOLD, Fontana, California
11 articles 3 photos 6 comments
View profile
hey pinkvolleyballgirl! dont worry im totally fine with your comments. i'm kinda new, so I don't really know where to put stuff lolz. thanks for the feedback!
hey_itskatelyn PLATINUM said...
on May. 4 2009 at 1:41 am
hey_itskatelyn PLATINUM, Willis, Texas
21 articles 0 photos 217 comments

View profile
Please dont take my comments the wrong way, im just trying to help(: i know half of it gets cut off, but the point was maybe post this in the opinion section because it is a good article, just misplaced:)
hey_itskatelyn PLATINUM said...
on May. 3 2009 at 2:21 am
hey_itskatelyn PLATINUM, Willis, Texas
21 articles 0 photos 217 comments

View profile
I agree with your article. However, this is posted in the music section. I think you should have written about Miley Cyrus as an artist and talked about her CDs and songs rather than her character or what people think of her. While the controversy is true, it is not the main topic in a review. The music should be the focus. I think this belongs in the opinion section because you basically reviewed her image, not her work. But it is a good piece, just not for a music review:]