While everybody typically puts Nirvana and Pearl Jam in the same "grunge" category, the thing is, the two bands could not be more different from each other. While Nirvana expertly interpreted grunge as a revolutionary punk-metal genre with their classic 1991 album Nevermind, Pearl Jam, on the other hand, went for a more mainstream alternative rock sound with their unforgettable album Ten, which was released the same year. While the former album had more praise showered upon it, the anthemic slices of raw rock that the latter album had are still remembered to this very day.

Right from the very first track, it's clear that this music is truly something unique. After a psychedelic intro that would bleed over into the final minutes of the album, "Once" immediately captures Ten's spirit with complex (yet accessible) lyrics, amazing guitar solos, and a sing-along chorus. The other tracks continue along similar lines, with the angsty "Even Flow" and the lengthy (and often misunderstood) "Alive" perfectly summarizing what rock music was like in the 90s. However, it is the powerful ballads "Black" and "Jeremy" that truly stand out.

While their contemporaries would unfortunately all soon die out (largely due to Kurt Cobain's shocking suicide), Pearl Jam would still rock on through a couple of similarly minded releases before inexplicably releasing a bevvy of brighter and even more chart-aimed albums, culminating in 2009's genuinely poppy Backspacer. But that was yet to come. At the moment, Pearl Jam was pioneering a classic grunge-rock sound- and enjoying themselves while they were at it. 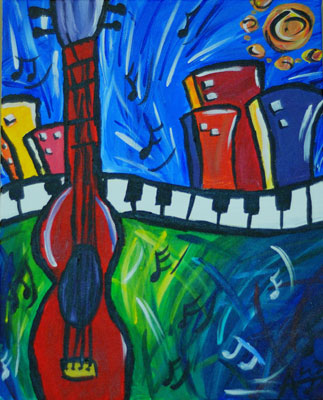