There Will be Blood | Teen Ink

There Will be Blood

Anybody who's ever been a fan of Radiohead probably knows that Jonny Greenwood knows music. From the hypnotic and commanding guitar work of OK Computer to the carefully arranged sonic bliss of Kid A, Jonny Greenwood is an expert at using sound to take you places. We got a little taste of what Jonny can do without the band in his free-jazz score for the film Bodysong in 2003, but something about that effort seemed a little lacking of the diversity that you come to expect from him.

There Will Be Blood, however, feels so much more complete, even in its tidy little 33-minute duration. As a good film soundtrack should, each track washes a different mood over you and brings life and excitement into the room. The piano and percussion are so weightless and beautiful, and the strings carry your mind and allows it to flow with the melodies. You'll often find yourself staring down a chasm of sound, patiently waiting to hit the bottom.

Greenwood's creative well never seems to run dry, even after 7 albums with Radiohead, two film scores, and even that little dub reggae project he did in early 2007. With that said, this is one well I doubt is going to dry up anytime soon. Even though this is only his second film score, it feels like he's been doing it for years. There's definitely going to be blood if you don't check this one out. Bet on it. 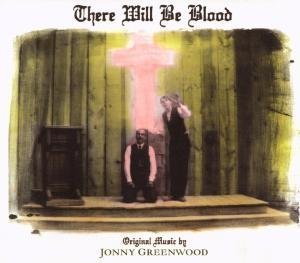 AlaskaFrost GOLD said...
on Mar. 11 2012 at 8:27 pm
AlaskaFrost GOLD, Acushnet, Massachusetts
17 articles 7 photos 131 comments
View profile
Yep, Jonny Greenwood is a genius! I need to listen to this soundtrack soon. (and watch the movie, too!)