Favorite Quote:
"May the Force be with You" -Star Wars

The Marvel brand has not been shy when it comes to animated features, if done right. Before the Marvel Cinematic Universe, there were tons of animated Marvel movies, like “Ultimate Avengers” and “Hulk Vs.” But with CG animation rising up, the question became if Marvel will take the leap or not. Enter “Big Hero 6”, a CG animated feature based on the Marvel property of the same name made by the team behind last year’s hit “Frozen”. With reviews coming in strong (reported 88% on “Rotten Tomatoes”), it’s safe to say that Disney Animation has found a new “Frozen.”

There is a lot of things right with “Big Hero 6”. First is Baymax himself. Baymax is such an adorable and lovable robot. Because he’s not human, he doesn’t get the complexities of human emotion; he was built to take care of physical pain. Baymax’s tunnel-vision leads to some very heart-warming and surprisingly sad moments in the film. The film also shows its true colors during the action scenes. When Baymax and Hiro suit up with the rest of the team, it leads to some of the coolest and visually impressive fights/test drives in Disney Animation. The barrage of loud colors contrasting against the darkness of the villain Yokai helps portray the overall tension of the fights. The voice acting is great too, and when the emotional scenes hit, they hit hard. Be prepared to shed some tears, and also have your jaw dropped by the science. The production team actually went to many prestigious colleges and universities to help explain and further validate the truth behind Wasabi’s plasma lasers or GoGo’s electromagnetic bike. All the characters were great, and it shows when they all get together and work as a team. The camaraderie between Big Hero 6 is almost as solid and fun as “Guardian of the Galaxy” or “The Avengers.” The humor worked well too, and the combination of that with the dramatic moments makes the movie way better than it already was, especially when Baymax goes full T-1000.

That being said, there were some minor negatives. One is that there were some pacing issues during the middle of the movie. There were scenes that dragged on a little bit more than they should have, but it gets right back into it in later scenes. Also, while all the characters were amazing, one of them did feel out of place: Fred. Fred is the only one who’s not actually a “genius” in the traditional sense. His job is to provide the group with a place to crash and one of the best Stan Lee cameos ever. It was just odd, having Honey Lemon creating exploding chemistry grenades and Hiro re-engineering Baymax to become a loving fighter, and Fred is just the comic book geek. The other bummer is the villain. The villain isn’t as prominent as other Disney villains, and he doesn’t even have dialogue until the tail end. He’s there to produce some awesome visuals, but that’s about it for half the movie.

No matter how you slice it, “Big Hero 6” is a fantastic animated film that keeps what we remember from previous Disney films and brings a new, “Marvel”-ish flair. It’s style plus substance and a great time in the theater. If you have a family and want to see something good that doesn’t involve snow or talking animals, this is the perfect family movie and a solid Marvel film in its own right, while not being tied to the Marvel Cinematic Universe. 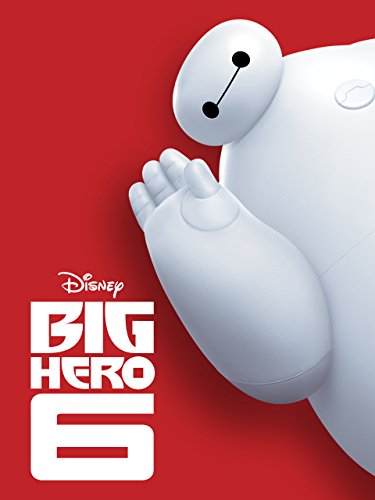