Man’s fascination with Mars has, at least to me, seemed wholly impractical in a way. Yes, Mars likely had some Earth-like conditions in its past and perhaps even today some alien microorganism lurks in its soils and ice, doing its best to avoid our scans and samplings of the Red Planet. Yet, at the same time, Mars is a dead land. There is hardly an atmosphere on the planet, no known life be it single or multicellular, and nothing but hints of liquid water. An arid place, Mars seems to be the closest thing to a desert after a nuclear holocaust as can be. Yet, this foreboding place remains a fixation in the human imagination, perhaps as a yearning for what once was, perhaps as the vague idea of what it could become.

It is this potential Mars that we are shown the origins to in Ridley Scott’s The Martian. Based on the Andy Weir novel of the same name, The Martian details a mission to Mars by a NASA crew of six astronauts. Though they plan to stay for 31 Martian days, or sols, their mission to collect samples and conduct some basic experiments is cut short by a serious dust storm, causing the crew to abort and return to their ship in orbit after just 18 sols. One of the crew, however, Mark Watney (Matt Damon), is struck by a piece of flying debris and is presumed dead when his readout shows no signs of life. The rest of the crew, unable to locate Mark’s body, leave Mars without him. Little do they know, Mark Watney is still alive, now trapped indefinitely on the planet where he was only supposed to spend 31 sols. On his own, Watney will have to figure out how to “grow food on a planet where nothing grows”, reestablish communication with NASA, and find a way home.

A good return to form for Scott after his harshly criticized Biblical epic Exodus: Gods and Kings, The Martian is fun, fresh, and original sci-fi. Though heavy on the science portion and the inevitable jargon that accompanies it, the way that Scott approaches it ensures that the layman is not left in the dust and the expert is not bored to tears. On the acting front, Damon plays the witty Watney to a “t”, capturing the character’s sarcasm in its most effective defense against the loneliness of an otherwise uninhabited planet. Jessica Chastain conveys the very palpable worry of Watney’s commander exquisitely, Daniels the aloofness of a superior who tries to deal with the situation in a detached manner, Bean and Ejiofor as superiors who do the exact opposite, and Glover as the quirky scientist that just might be the answer to everything. In all, the ensemble works incredibly well together, complementing rather than suffocating Damon as the lead. This cohesiveness only furthers the success of the film.

While in all honesty I thought there was one glaring guffaw towards the end of the movie, I don’t believe it large enough to tarnish the picture as a whole. In my book, this one goes down as a win. 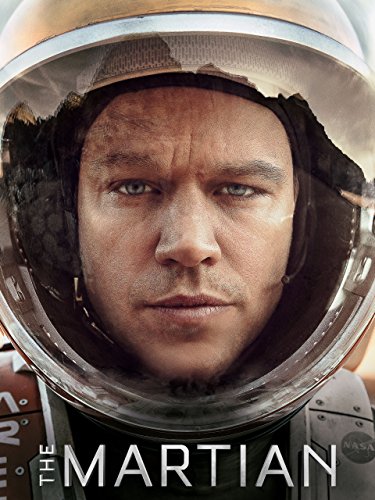 Read the book, and then saw the movie. Both were good. Great piece of sci-fi all around.