Contrary to popular belief, there isn't always a light at the end of the tunnel … or the well. That is exactly what Princess Giselle (Amy Adams) discovers when she is cast down one by the evil Queen Narissa (Susan Sarandon) ­because of the threat she poses to the crown. She emerges in a very scary place: modern-day Manhattan.

Her fiancé, Prince Edward (James Marsden), jumps in to try a rescue. Meanwhile, in Manhattan, Giselle meets a charming divorce attorney, Robert (Patrick Dempsey), who has a child and is planning to get married.

He takes her in out of sympathy and she begins falling for him and learns about life in the big city. Thus ensues a romantic comedy appropriate for even young children. The story line – a graceful jump from animated fairy tale to live-action comedy – makes this movie ­enchanting. Ten points for ­Disney.

What else would you expect from this flawless cast that ­includes Julie Andrews as ­narrator? The phenomenal Adams is an excellent choice for the clueless princess, and Marsden is great as the egocentric prince.

Although the cast is excellent, there are always those ­behind the scenes making the magic happen. “Enchanted” was lucky to have an experienced crew, beginning with ­director Kevin Lima.

The only thing I did not find entertaining was the cheesy music. They could have used a jazzier tone in the soundtrack, like in the Shrek movies. Nevertheless, I did enjoy the catchy calypso beat of “That's How You Know.” What sold the songs was the fabulous, fun choreography.

“Enchanted” was nominated for three Oscars for Best ­Original Song. Move over, “Snow White” – there's a new classic in town. “Enchanted” may take its place as the most original cliché Disney has ever thought of. 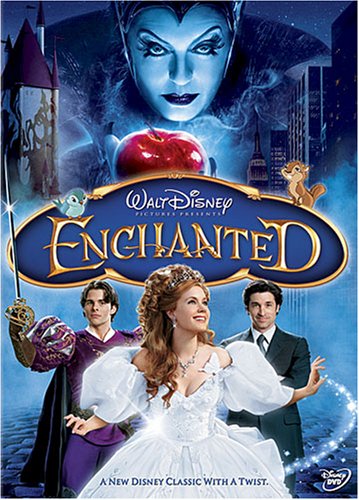 View profile
that was a great reveiw!! i watched the movie and i didn't really enjoy it that much. Giselle seems to stupid to be an adult. I loved the review just not the movie
RobynAugust BRONZE said...
on Nov. 8 2009 at 1:20 pm
RobynAugust BRONZE, Toronto, Other
3 articles 0 photos 2 comments
View profile
I sent this article in in January 2009, they put it on the website a month later and it got published in the November 2009 issue of Teen Ink. They keep writing on file for publishing in the magazine for about a year I think. Hope I helped !
shabam34 GOLD said...
on Nov. 6 2009 at 1:32 pm
shabam34 GOLD, St. Helens, Oregon
11 articles 0 photos 72 comments

Favorite Quote:
Laughing until your stomach hurts :)
That's what friends are for <3

Favorite Quote:
Laughing until your stomach hurts :)
That's what friends are for <3