Any Broadway fan worth their Playbills will have seen, or at the very least heard, of the musical Moulin Rouge!, a 2001 pastiche-jukebox film set in Paris that tells the tale of true love, loss and bohemian values all through vibrant colors and compilations of various pop songs. While not technically a “musical,” (as it has not yet been set to stage) many a Broadway fan (including yours truly) has seen it, multiple times over, and could probably sing you the entire soundtrack from start to finish, if you asked nicely.

Moulin Rouge! is the story of a young man named Christian (Ewan McGregor) who believes in love “more than life itself” and moves to Paris to become a writer/poet. Christian is soon swept up the Bohemian Movement and is persuaded by a troupe of Bohemians to lend his writing skills and help them to finish their work-in-progress musical, Spectacular Spectacular. The group, along with Christian, then travel to the Moulin Rouge; a nightclub and dance hall in Montmartre, Paris, in hopes of selling their musical to the illustrious (and wealthy) owner, Harold Zidler (Jim Broadbent). Christian falls in love with Satine; (Nicole Kidman) the star courtesan of the Moulin Rouge, who herself does not believe in love, and he is determined to eventually show her what true love is and convince her that “all you need is love.”

Moulin Rouge! is fast-paced, thoroughly captivating and very, very musical. If a movie could capture the magic and sheer electricity that one feels when sitting in the seats of a Broadway Theatre, this would be it. The perfect timing of the songs and the passionate storyline will leave you in tears when the credits roll, and you will feel as if you had been dancing in the Moulin Rouge aside Satine and Christian yourself. Moulin Rouge! is a cinematic and musical experience all its own; an experience that any Bohemian revolutionary at heart will thorougly enjoy. 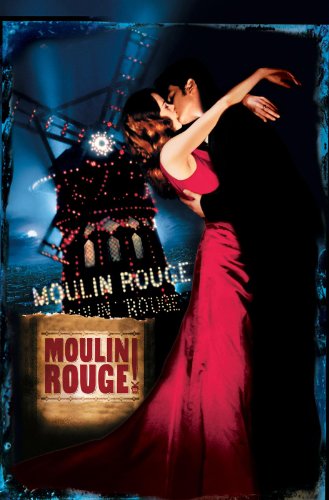 Fun Fact: Leonardo Decaprio originally wanted to play the role of Christian, but he couldn't sing, and therefore wasn't considered for the part.