Foreign films are a cinematic experience all their own; and one of the loveliest foreign films one could possibly watch would be Amélie. The movie, a French romantic comedy, tells the story of Amélie Poulain; an eccentric and introverted young woman with an over-active imagination who frequently concocts elaborate strategies to improve the lives of those around her.

Amélie was homeschooled all her life because her parents mistakenly believed that she had a heart defect, and because of this she did not have friends or play with children her age, simply because her parents did not allow her to socialize. Now a young woman, she works as a waitress at a café in Paris and prefers the “simple pleasures” in life to any sort of intimate relationship, romantic or otherwise. However, when she finds a mysterious box filled with a child’s treasures and hidden behind the tiles in her bathroom she becomes determined to return the box to its owner, going on a tantalizing adventure through the streets of Paris. On her journey to return the box she befriends a lonely painter known as The Glass Man, manages to convince her landlady that her late husband really did love her by forging a letter and sending it to her post box, succeeds in getting her her socially-withdrawn father to leave his house and travel the world, and eventually she herself falls in love with a boy who is just as eccentric and unique as she is.

Amélie, while a bit on the longer side, will have you in gripped in uncertainty as to the eventual outcome until the last minute. The brilliant cinematography, combined with Audrey Tautou’s fantastic performance as Amélie and perfectly timed plot twists and quirky and memorable characters will leave you in suspense, and the sudden (yet not at all unexpected) ending will leave you wanting more. Amélie is a quirky, heartfelt, feel-good movie that anyone who doesn’t mind watching a movie with subtitles will definitely, without a doubt, enjoy. 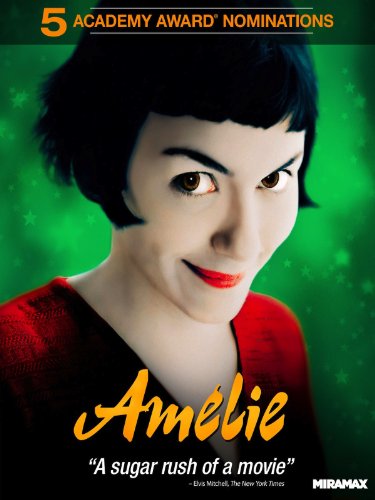