Hannah Stern is an American-born Jewish girl wholly uninterested in the background and history of her culture. Her relatives have the same things to say every time, and she can’t find any meaning in all the Jewish holiday rituals she is forced to go through. But all of that changes during Seder Passover, when through the spiritual opening of the door for the Prophet Elijah, Hannah is instead transported into the past, 1941, to experience the Nazis forcing Jews into concentration camps to work—and only she knows of the unspeakable horrors that are to consume her people.

Based on the popular children’s novel by Jane Yolen, Hannah Stern is brought to life by actress Kirsten Dunst. Starring alongside is Brittany Murphy, playing Rivkah. The movie starts out ordinarily, displaying Hannah as a typical modern girl, shallow and rebellious.

But as the movie progresses, it grips you tightly and doesn’t let go, striking right at the heart because you see yourself in Hannah Stern’s place. It touches something different watching Hannah endure this experience, almost cursed knowing what is to come—and in sickening horror, you wonder what this has to say about the Holocaust. Even if someone omniscient like Hannah had been there—as the storyline is realistic fiction—to warn all the Jews, was the terror of such mass killing truly irreversible?

That isn’t the only thought the movie leaves you with, however. One of the key themes also present is remembering—remembering what has happened in the past so it will never happen again. In the beginning of the movie, we and Hannah think we know enough about the Holocaust to be well on our way carrying the burden for our future and future children. But by the end of the movie, we are left stunned realizing we can never truly know the horror of that genocide: never. Watching the movie has brought us one step closer to truly knowing the hidden horror of World War II, but it also forces us to acknowledge we have only seen a snapshot of the suffering. And just like that, it has opened minds.

With a beautifully written script and a fitting cast, The Devil’s Arithmetic brings past and present seamlessly together into a remorseless tale of human suffering, and the human strength that rises along with it. If you thought you knew the Devil’s arithmetic, try again. And this time, you might not get what you expected. 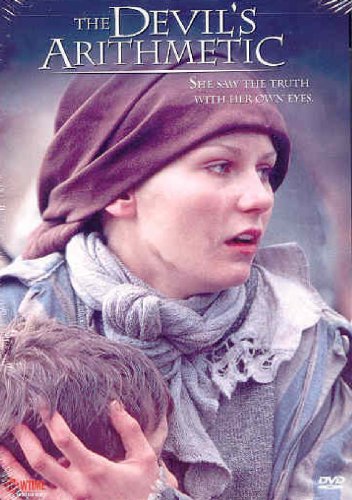