"But my dress I picked for you guys was pretty, right?" my cousin said, addressing me and my sister. I remembered the taupe dress I wore to my cousin's wedding. My sister and I looked decent enough as bridesmaids so I nodded.
"Well, the great thing about it is that you can shorten it and wear it again!" my cousin exclaimed happily.
"That is just what that girl keeps being told in that wedding movie Jen likes! You gotta watch it!" my mom chimed in.
Yes, my mother was referring to 27 Dresses, the movie I watched three times in a month.
My favorite chick flick is about a girl named Jane who finds her calling in the ways of weddings. She had been in 7 in one year.
When Jane is at two friends' weddings at once, she comes across Kevin Doyle, a handsome but cynical writer who happens to write for weddings- a tradition he regards with distaste. He is immediately fascinated by Jane learning about the fact she was in two weddings in one night.
He learns that she has in fact been in a whole lot of weddings and begs his boss to give him a front page story on the eternal bridesmaid.
Meanwhile, Jane had troubles of her own. Jane has been madly in love with her sweet boss George- who had been oblivious to her strong affection for him. And one day, when she thinks George has finally fallen for her, her sister Tess shows up.
Tess and George fly in to a whirl-wind romance and soon become engaged- and guess who is Tess's maid of honor? Jane. And guess who is covering Tess's wedding for the paper? Kevin. How will it end? I'll leave that responsibility for you to find out.
This romantic comedy is hilarious and touching and I give it a huge thumbs up. 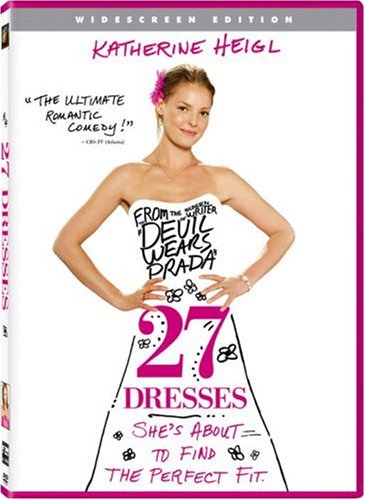 
Buy from Amazon Available on iTunes
The author's comments:
I like to watch several varieties of films. From dark comdies to high energy action movies, I watch each religiously with a bowl of homemade popcorn. But my true passion is to write. And write I shall until I am well known and loved.
Post a comment
Submit your own