The title of this movie is deceiving; one would think “The Princess Bride” was a girly, fairytale princess story with ball gowns and talking animals, but in reality, it's far from that. Directed by Rob Reiner, this is a fantastic, action-packed, humor-filled, romantic, and clever film that will leave the audience smiling.

One aspect of the movie that I found impressive was the acting. The chemistry between the maiden Buttercup and the farm hand Wesley is perfect. The way they interact convinces the audience that this is true love. Wesley captivates Buttercup with the classic line “As you wish,” by which he really means “I love you.” Even I teared up a bit at the clever romance that Wesley and Buttercup share. On the topic of memorable quotes, this movie is full of them. To sum up, the dialogue is what makes it so entrancing and unique.

Romance is not the only captivating part though. Action and humor tie everything together. From the impressive swordplay to fights with giant rats, “The Princess Bride” will satisfy any viewer with a love of thrills.

“The Princess Bride” is full of humor. It's incorporated into the fight scenes as well as the love scenes. It fills in the gaps and helps us relate to the characters. The way this movie combines so many genres makes it unique. “The Princess Bride” is the definition of a great film that will never be forgotten.

The movie is extremely well acted, directed, and edited. From the memorable lines, to the moral of true love, to the clever fight scenes, “The Princess Bride” is not one to be ignored. I highly recommend it! 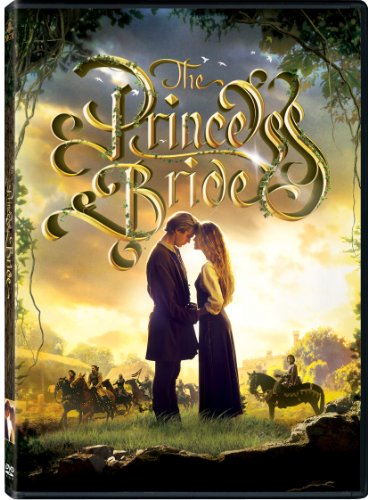 
Buy from Amazon
The author's comments:
This is my all-time favorite movie! I love it!
Post a comment
Submit your own