Battle: Los Angeles is a spectacular movie about something that many people love, aliens. This movie was basically about aliens taking over the world. But the creators of this movie added their own twist to why the aliens came to earth. The aliens were partially robotic, but were also part water. They invaded the earth for the oceans. Throughout the movie, a group of brave marines set off to save all of mankind themselves. They had to win over Los Angeles or earth was completely lost. This place was their last chance. They fight ‘til the end and they risk their lives for every single living human being left on the invaded earth. In the end they had won Los Angeles, but this was only the very beginning. There was the rest of the world to save. That is why I believe there could be a possibility that this is not the end. Over all, this was a fantastic movie with unbelievable graphics and fantastic originality. After watching it, I would give it a rating of 8 out of 10. 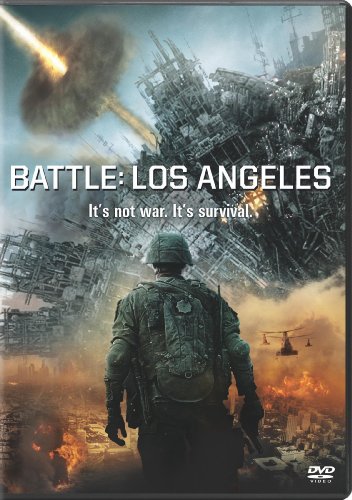 
Buy from Amazon Available on iTunes
The author's comments:
This is a great movie with good originality.
Post a comment
Submit your own

View profile
thank you you have made me realize that writing reveiws isent my thing. I have alot of work to do before i submit another.
CarrieAnn13 GOLD said...
on Jul. 24 2011 at 8:34 pm
CarrieAnn13 GOLD, Goodsoil, Other
12 articles 10 photos 1646 comments

Once again, you have too many short sentences in a row.  They make your review very choppy and boring to read.

Your summary wasn't very good.  Try making it sound like the blurb at the back of the book instead of just stating what happened.  You could also have made this a bit longer and split it into two or three paragraphs.  A little more opinion would be nice too.

View profile
This article states your thoughts about the movie in a sincere and interesting manner. It is really well written, I would just say you should write more about the characters and the actors who played them. However, this is a splendid piece of work. Keep it up! Oh, and feel free to check out my movie review for Tron Legacy. See what you think!