The Princess and the Frog | Teen Ink

The Princess and the Frog

Now that the dreadful Home On The Range, Disney's last foray into traditional hand-drawn animation, is gone and forgotten, the style can come out of hiding and bring us it's latest masterpiece. First off, what this film is not. It is not a halfhearted apology to all the races that Disney has offended over the last 70 years nor is it just a jealous Disney trying to topple Pixar. This is just Disney doing what it does best: Hand drawn animations with fantastic music and endearing messages that just so happened to have an African American lead (a Disney first) and take place In 1920s New Orleans.
It also just so happens that this is one of the best animated features of the year, if not of the decade.
The afoermentioned lead is Tiana (voice of Anika Noni Rose), a girl living on the bayou who is actualy not a princess. She just wants to open her own resturant. At a costume party, she confronts Prince Naveen, a lazy ladies man with a thing for the ukelele, who had been turned into a frog. You only think you know the rest of the story. Along the way, they meet a jazz playing alligator, a hip Cajun firefly and even learn a thing or two.
Disney animated films, for the most part, always put quality over everything: stellar score/soundtrack, fantastic animation, great voice acting and loving messages, and this jewel is mo acception. Disney legends Ron Clements and John Husker both dressed this up to be one of the finest guests in this years animated ball. Randy Newman wrote, composed and arranged all of the music, all of which spans the emotional spectrum from optimistic (When We're Human) to lovelorn (Ma Belle Evangeline). While Disney does push it's newfound cultural sensetiveness down our throats throughout the movie, it never hides under the Katrina security blanket (I'm looking at you, Benjamin Button), nor does it need to. Not just because it takes place some 80 years before it happens, but they had every opportunity to throw in some tsunami and flood jokes and didn't fall into that hole, and for that, I salute them. For the entrance back into beautiful hand drawn animation, the catchy and memorable songs, the suprb voice acting, and the saddest onscreen death since Mufassa, this movie beeboped it's way into my heart the way only an old school Disney movie can. 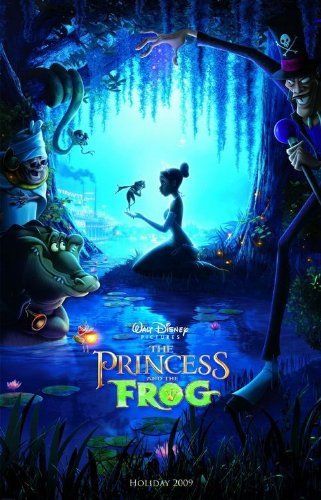