“Ponyo” is Hayao Miya­zaki's tenth film. Named one of the best animators of his time and voted by Time magazine as one of the most influential Asians, Miyazaki has drawn and directed many famous anime films, including “Spirited Away,” the first anime movie to win an Academy Award.

Most of Miyazaki's films are hand-drawn; his first to use computer animation was “Princess Mononoke,” which topped the box office until “Titanic” was released a month later. Although Miyazaki used computer animation in some of his movies, with “Ponyo,” he again hand-draws everything – over 170,000 images.

“Ponyo” is about a goldfish who escapes from home. She becomes caught in a jar in the sea but is rescued by Sosuke, a boy who lives on a cliff. He cuts himself on the broken glass and the fish licks his wound to heal it.

Sosuke and Ponyo develop a close relationship. Then the master of the sea takes Ponyo away. Since Ponyo has tasted human blood, she starts becoming human. Ponyo tries to return to Sosuke but a tsunami threatens to destroy the island where he lives.

Miyazaki does a great job representing waves; at times they are monsters and other times giant fishes. All the graphics are amazing. Because I'm a big fan of Miyazaki's films, I highly recommend “Ponyo.” 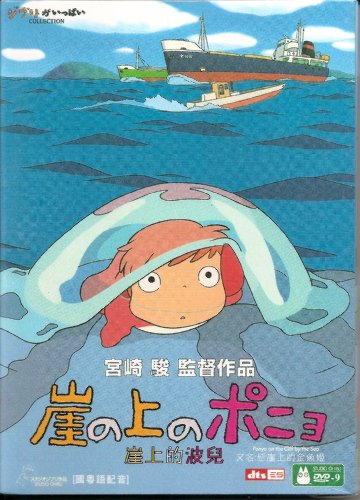