“For the rich, a peasant is just a pair of arms”- Arturo Xunax.  ”El Norte” by Greggory Hava is a story of two refugees looking to start a new life and live the American dream after being forced out of their home by terrorist. With all its symbolism and eluding scenes, its message is clear. It's a tragic immigration story of classism, and reflecting on the idea of freedom. El Norte follows two siblings, Enrique and Rosa who live in an impoverished town in Guatemala. After having to flee their home nation they go on a journey to find freedom in the US. It's a story of your own interpretations and many endings. The movie doesn't give you answers or serve a satisfying ending, it has a meaning that goes beyond the surface and normal expectation.

For me the movie was really good and unlike anything i've seen. It not only shows the real struggle and extent immigrants will go through to cross, but also the aftermath and tells a story of a fate many immigrants have lived. It makes you wonder what life would've been if you weren't privileged enough to live the life you have. And it gives you a ton of perspective of an immigrant's struggle. What really stood out to me was the dynamics each character had in the main characters life and how that ultimately affected their fate. It all connects and plays out accordingly every now and then hinting at its origin. Especially in their sibling dynamic.

Rosa is a more realist, pessimistic, cautious character who is put in the situation of immense risk. Enrique is a positive, idealist character who doesn't even really acknowledge the risk of what he's after or running from. He understands everything that is happening but feels everything will turn as it should.  Ultimately these characteristics are challenged in the end and have an ironic outcome. The movie has sharp peaks and twists with surprising scenes and symbolism that foreshadows. A big symbol often used by the director is circles, hidden all throughout the movie and if you pay attention give you a whole different meaning than what is shown.

Finishing the movie was confusing, like the circles and metaphors, but that's the beauty of it. You can watch it over and over finding more and more ways to interpret scenes, symbols and characters. Although it's not popular it definitely is impactful and the storytelling is genius with a telling message and complex characters. Overall the movie is definitely worth watching and I would 100% recommend this to anyone! 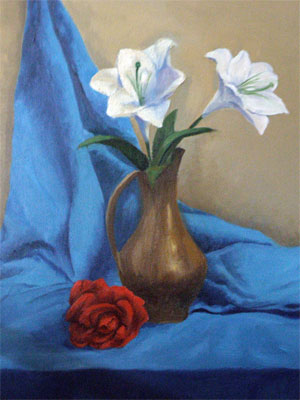 This is a super under rated movie I watched in my English class, watch it !