Midnight at the Electric by Jodi Lynn Anderson | Teen Ink

Midnight at the Electric by Jodi Lynn Anderson

One of life’s many mysteries is what happens before you lived, events you can only read about but never experience, and what happens after you die you might not ever know. The last veteran to fight in World War One has already died, and many from World War Two are slowly dying off. What for them was a big part of their lives, today are in the history books. To accurately know about the past, and more accurate, your own, you have to talk to relatives, read diary entries from past grandparents, doing your own Nancy Drew and finding out the links that have been faded away with age.

Adri never knew her family. Her mother and father died when she was young, and she was placed in a group home as none of her parents had siblings. That did not matter as Adri had one goal in life: go to Mars. She became the best in everything, from being fit enough to go as well as acing all her tests (her fields are biology and engineering), she along with her team had six months before they launch. There is just one problem with Adri: her social skills. She never learned how making small talk or make friends, making her isolated from the group. When the training took place in Kansas, Adri discover a long lost cousin, Lily, who would take her in for those months before her launch. Lily got that Adri did not want to be friends, and with her pet tortoise, Galapagos, left Adri alone. Exploring the house Adri finds the diary of Catherine Goodspeed, a girl who lived in the house hundreds of years ago, suffering from the dust storms. Determine to see how Catherine is related to her, Adri dives into the past to learn about Catherine and Lenore, finding out how they relation to her and Lily. As Adri days are numbered, she goes deep into the past finding what the detectives missed in the case that would change her life.

Catherine and her family were battling the Dust Bowl, a phenomenon that took the prairies during the thirties that did great damage to the livelihood of the people. People died from the dust blowing around, so that many families were left with the option to either leave, or die in the dirt. With a little sister, Breeze, dying from the dust infecting her lungs, and an unwilling mother, Catherine was left to make the tough decision to save her sister. Follow by her long time crush Ellis, the story gets the title when the midnight circus came in with an act called The Electric, where for ten dollars you can touch lightening in a bottle that will give you eternal life. The tale then goes further back to Catherine’s mother friend Lenore, who was dealing with her own griefs. Lenore was seventeen in the year 1919, after losing her brother Teddy to the war, and her best friend Beth (Catherine’s mother) leaving England four years’ prior, Lenore was quite alone. Lenore was determined to leave her family behind, and join Beth in America once she had enough money. Then she met James, her first friend in a while, and began to trust him with what she holds dear. He is hiding something from her, something big, as they grow closer to each other in the cottage, the truth comes out, about everything and how it all started.

Jodi Lynn Anderson skillfully jumped throughout generations to give you the story of Midnight at the Electric. Adri was what you would expect: smart, somewhat witty, and not good at small talk (which makes you like her). After all, she trained her entire life to be selected to go to Mars, that girl had no time to make friends. Yet she softens up to Lily, especially when Lily goes with Adri on her quest to find out what happened to Catherine and Lenore. Catherine also went through her own troubles, and not just the dusty one. Her love for Ellis was cute, but there were more important matters on the table, as Breezy was dying, and their mother refuses to do anything about it. Then there was Lenore and James, who had their secret romance. Lenore looks put together on the outside, but in the inside she was not as she told James this: “But I can’t promise you that I’m unaltered, And I’m not sure that I want to be”. All these different love stories all fall back to Adri who is in the present. Anderson ties each story slowly and purposely, so you finish the book on a high note as Adri blasts off into Mars, knowing how she, Catharine and Lenore are all connected. With a heartwarming tale, set across multiple location and generations, Anderson connects the dots from multiple point of views, about Lenore overcomes her grief, Catherine saves her sister, and Adri learning to love. 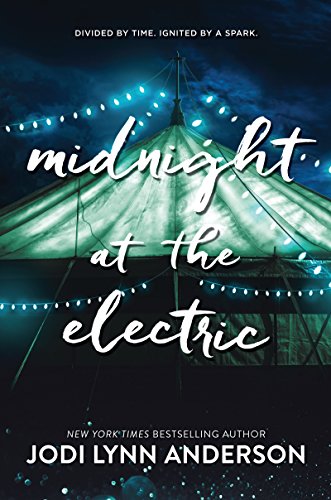 “But I can’t promise you that I’m unaltered, And I’m not sure that I want to be”