Eight years after the publication of Laurie Halse Anderson’s critically acclaimed Chains, Anderson is back with the final book of her Seeds of America trilogy, finally ending the adventure of the two African American characters we’d come to know and love: Isabel and Curzon.

In this newest installment, Isabel and Curzon are together again, searching for Isabel’s younger sister Ruth, who had been taken from her five years ago (or more accurately, two books ago). They find Ruth, who has been staying with a couple in a cottage near the woods. And with some persuasion, they go to Yorktown with a donkey, a boy called Aberdeen, and hope for a better life.

Just as she had in the first two books of the trilogy, Anderson highlights the injustice faced by blacks, especially those who were fighting at the helm of the supposed war for liberty. Swindled by the British and the Patriots time and time again, even optimistic Curzon becomes frustrated with the hypocrisy of the Revolution. But Isabel and Curzon persevere through it all, and the book closes with a picture perfect scene: two lovers wed under a sky of stars as friends and family look on around a campfire.

Laurie Halse Anderson really went the predictable route when it came to this one. Isabel and Curzon find Ruth, separate for a bit when Isabel goes to work odd jobs and Curzon rejoins the army, and then the two come together again and tell each other how much they love each other.

While the plot was mostly predictable, with only a couple of hijinks stuffed here and there to make things more interesting, it wasn’t a bad read. Considering how well the first and second books were written, a little bit of cliche was tolerable, especially after the hell all the characters went through. And the characters retained their personalities and their snark, so that was good too.

Overall, the book did exactly what it needed to do. It wrapped up all loose ends, finalized Isabel and Curzon’s relationship, and ended everything on a happy note. It could have used a little more originality, but oh well. You can’t have everything, and the book can stand on its own, even if it wasn’t as good as its predecessors (which is pretty much an impossible feat anyway, with all the accolades Chains has managed to get). I give this book a 3.5 out of 5 for concluding the series on a satisfying note, and not with a typical trainwreck ending that tries hard to be original but only ends up making everyone angry (I’m looking at you, Veronica Roth and Suzanne Collins!).

If you’re looking for something historical to read, this is as good a book to read as any. Just remember to read the first one first. 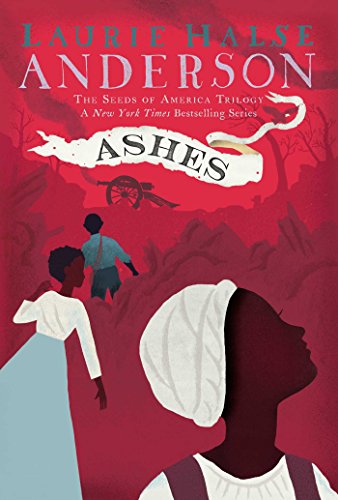