The Possessions by Sara Flannery Murphy

What do you do when the person you love dies? From an illness to a car crash, suddenly they are gone and there is nothing you can do about it. What was the last thing you said to them? What would you say if you could see them again? What is the thing you miss most about them? These are the questions therapist have been trained to ask in hopes to get their patient to open up. Most patients do not want this though, all they want is to have another conversation with their wife, or daughter, sibling or son. All these people really want is just to talk to them and hear them laugh. That is where the Elysian Society comes in. The Elysian Society works with with people who lost a love one and reconnect them with their lost by their “bodies”. The bodies are usually young people who just need to make a few dollars, and take lotuses to allow other spirit (the person’s love one) to enter their body and use their mouth to speak. That is all the Elysian Society offers, talking. Nothing more, nothing less.

Eurydice (Edie) have been working as a body of the Elysian society for the last five years. She was the oldest body as most only works there for a few months, a year at the latest. But after five straight years Edie still loved her job, as she kept to herself, not one for many social gatherings as the other bodies did. Unlike the other bodies Edie had some stable things in her life, some patterns that kept making her go back to work. From her small apartment, shabby, but all to herself, was what Edie bought herself when the group apartment was not enough. Second was her car, a bit run down, but Edie took care of it so it almost looked new. After four years of working the last item came to Edie’s life which was room 12. All the bodies changed room each day depending on where they were scheduled too. But Edie was always in room 12, as that was her gift for four years of dedicated work, a room all to herself. From her place, her car, her room and her dependent clients Edie was ready to work out the rest of her life as a body.

It was not unusual to gain clients. The clients are responsible before their first meeting was to give up some photos of their love one, as well as a personal item that the body can use to call their spirit back. Opening the file Edie saw she had Patrick Braddock: a rich young man who lost his wife six years ago after she went swimming in a lake drunk and drowned. Enclose in the files was a tub of dark plum lipstick. “The first time I meet Patrick Braddock, I’m wearing his wife’s lipstick. The color is exactly wrong for me. Deep, ripe plum, nearly purple, the type of harsh shade that beautiful women wear to prove they can get away with anything”. Edie had never met a man like Patrick Braddock before. Strong, quiet and sexy, Edie soon became obsessed with Patrick, wanting him for herself more that his wife, Silvia. Edie and Silvia become linked, so even without the lotuses Silvia was still in Edie, lurking near the back of her mind. Peering into this picture perfect couple, Edie learns the truth behind Silvia’s death, as Patrick learn the past that Edie was running from.

Dark, twisted, with bits of passion, Sara Murphy was a steal. Edie seems normal on the outside, as normal as someone can be with a job like hers. As the book goes on you start to realize that Edie is not as stable as she seems. Her post is a recurring thought, and like most great books, horror details are not relieved till the very end. Still this book had a horror/romance feel for it as Edie was head over heels for Patrick, but none of their reactions screamed “I love you so much!”. Every interaction was a horror scene as you kept reading on, waiting for that knife to drop. Murphy’s writing was good as she kept the story fast pace as she kept the reader’s in the dark, with Edie (the candle unlit) leading the way. This thrilling novel leads you looking for love in all the dark places as Edie tries to hold on to Patrick and never letting go. 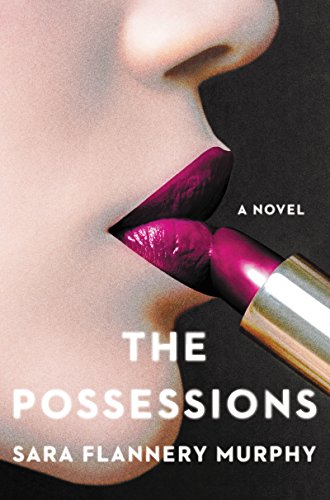 Obsession, mixed with passion and fear. A truly trilling novel.