Forever For A Year by B.T. Gottfred | Teen Ink

Forever For A Year by B.T. Gottfred

In a world dominated by women, it was surprising to see that the author- B.T. Gottfred- was breaking into the young adult romance section.  With big names, such as Sarah Dressen and Rainbow Rowell being at the top of the genre, there was stiff competition to begin with. Unfortunately, I do not think that B. T. Gottfred’s novel can match the level of the authors who already are established within the genre.


His first book, Forever For a Year, had me interested because of the interesting perspective he could have potentially brought. The story unfolds by taking turns in the two lovers’ perspectives- that of a boy and a girl who are both freshman in high school. As the pages unfolded, I started to feel my enthusiasm and original hype fleeting away.


It starts off as an innocent relationship, but soon progresses further into much more detail than needed. In fact at times it seem so intimate that I was reading erotica and not young adult romance. In defense of the author, I understand wanting to portray a realistic relationship but also that it is not appropriate for all ages.


At the same time of reality, at times I felt the author forgot that the characters were just freshman- the lowest rung on the hierarchy. If he wanted to include as explicit scenes, I think it would have been portrayed better as juniors who were older and more aware of their decisions and actions. The writing also reflects their sophomoric age and behavior, because it is written in fragments and embraces the essence of a freshman.


With over 400 pages, I do think that B.T. Gottfred put lots of effort into his characters to make them feel alive- at times, they felt too alive. I started the book with high hopes only to be disappointed. It’s rare for me to not like a book, but I will not be encouraging  others to bother to pick up this book. 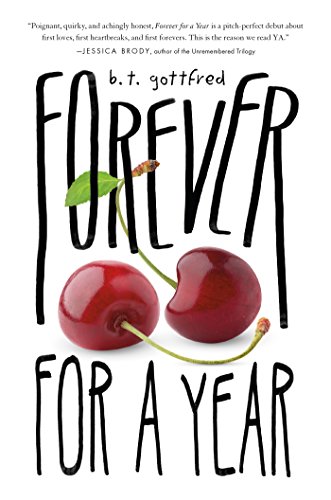