Who is Mackie Spence? by Lin Kaymer | Teen Ink

Who is Mackie Spence? by Lin Kaymer

Who is Mackie Spence? Jeremy always thought he knew, because they grew up together but ever since Mackie almost drowned she is different. But why is she different all of a sudden? When Mackie and Jeremy find themselves working together at the animal shelter, Jeremy watches in awe at Mackie’s touch.  Not only do the animals respond to her, but they submit as if they know and already respect her, which they do not do to any of the volunteers. So what makes Mackie special? That’s the question running through Jeremy’s mind as he tries to understand how she has changed and as his heart begins to fall for her.


Who is Mackie Spence? by Lin Kaymer is an interesting take on Greek mythology. It’s focus are not on the Olympians, but on the minor goddesses, which is different. The ending brought the story full-circle to clear up any confusion, but I wish that it was ordered differently because it felt incomplete and I wanted more. I really like the connection with the animals and the insight of how an animal shelter works, because it is something people rarely think of.


I would give the book 3.5/5 stars, because it was a quick and interesting read, but lacked to reel me in. The love interest was not as developed as it could have been, which left it standing until the ending cleared it up. I highly recommend it to anyone with an interest in animals or Greek mythology because it will have you questioning who Mackie Spence is with every flip of the page. 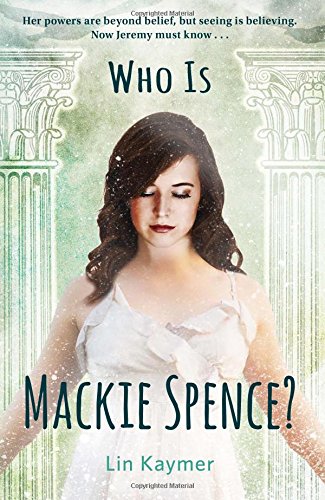