There is plenty of historical fiction available for fans of Young Adult Literature. But however plentiful this subgenre may be, it is still lacking when it comes to variety. YA historical fiction seems to only focus on flappers and the high society members of nineteenth century New York. Rarely is there a novel whose plot branches away from the overdone ones and it is even more rare to find a novel focusing on slavery.

Tonya Cherie Hegamin adds diversity to YA historical fiction with her newest novel, Willow. For one who has read the likes of Harriet Jacobs or Toni Morrison, Willow will most definitely appeal. Hegamin has captured the voice of a slave narrative and that voice has the ability to capture readers.
One who has studied slave narratives knows that the skills of reading and writing are extraordinary things. The ability to read is the ability to collect knowledge and once one has knowledge, they can never truly be enslaved. Hegamin’s main character Willow is a fifteen year old girl who was born a slave. But unlike majority of slaves, Willow was taught to read. And as she grew, Willow learned to write. She has a power that was denied to thousands of people for so long, but she doesn’t quite know it.

According to Willow’s father, it’s time for her to get married. And he already has the perfect man picked out for her. But Willow doesn’t want to marry a man she doesn’t love let alone one she barely knows. Since her mother passed when Willow was a child, she has no mother-figure to look to for guidance. During her free time, Willow escapes to her mother’s grave, where she writes letters asking her dead mother what she should do. But it’s during one of these letter-writing-retreats that Willow’s path crosses with who she believes to be a runaway slave. However, Willow later finds out that this man, Cato, is far from a fugitive, as he was born free.

Cato leads Willow on a journey of self-discovery. He helps her realize that her future isn’t set in stone. Ultimately though, it’s up to Willow to decide which future she wants for herself. A life in captivity with all she has ever known, or a life of freedom, completely new and utterly terrifying?

Hegamin’s Willow is thoroughly true to form when compared with some of America’s greatest slave narratives. But the praise that the novel gains in content does not overrule its inability to keep the reader’s interest. Willow is written with a slow pace that might discourage readers from moving forward. But if one is truly interested in historical fiction, slave narratives, or even forbidden love, they will find the strength to stick around and will be thoroughly rewarded with the novel’s end. 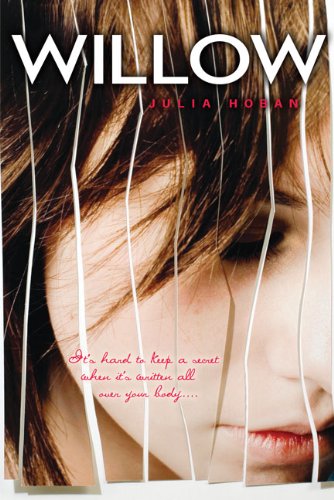