Gilded by Marissa Meyer was a beautiful retelling of Rumpelstiltskin, with a dark twist that made it both exciting and horrifying to read. It kept the classic shape of the original story but, as Marissa Meyer is known to do, shook it up a little and added an even better kick-butt heroine than the original! As I said, the book is loosely based on Rumpelstiltskin and follows the story of Serilda, a young peasant cursed by the god of lies. Her irises are marked by the Wheel of Fortune, which causes the people of Marchenfeld to distrust her and her fantastical tales. But, when she is taken to the Erlking’s castle because of a lie she told to him, she realizes her stories may hold more truth than she ever realized.

Serilda was an easy character to like; she was witty, smart, and obviously very creative. Add a dose of Oracle power and you’ve got a heroine worthy of my adoration. Though I sometimes didn’t agree with her courses of action, (like lying to the Erlking about being able to spin straw into gold), I easily forgave her, understanding where she was coming from. After all, Marissa only makes her characters more 3-Dimensional by giving them flaws. Gild was also a character that I instantly fell in love with. He was charming in all ways and an absolute delight to read about! He was very different from the character he was supposed to represent in Rumpelstiltskin, which was.... Rumpelstiltskin. But that change made me like the book even more, and explored a layer of romance that really juiced up the storyline. Who doesn't like a sprinkle of romance?

Concerning the villain… He captured the essence of the king from the original story and twisted it into something much darker. And I loved it! He was creepy, evil, and obviously the best kind of villain to read about! I wanted him dead throughout the entire book, something Marissa was obviously going for, but I wonder if she will show a deeper, more sensitive side to him. After all, Levana from The Lunar Chronicles was given a novella, which dug deep into the reasons she was so intent on killing Cinder. Anyway, the way she helps us sympathise with antagonists is one of the reasons I love her so much.

Moving on to the storyline, I found it an airtight, delightful read. There were nods to the original telling, but also interesting twists that really spiced things up. Two interesting new twists were how Gild was very different from Rumpelstiltskin and the inclusion of the monsters that Marissa created for us. I thought these changes were really creative and neat. They added an extra layer that brought the book together. Serilda’s so-called curse was another interesting part of the story; but of course I could figure out that her stories were connected to the truth. It was so obvious that Gild was the prince from her story, which was a little frustrating since I like to be surprised at the end of every novel. But that was a minor grievance, and didn’t really impact my thoughts on the book.

The setting, too, was intriguing and perfect, and I really enjoyed reading about mystical creatures Marissa had thought up. All in all, the book was wholly without flaw, save the fact that I knew the whole time that Serilda was a kind of Oracle. Marissa is extremely smart when it comes to storytelling, and her writing style is something to envy. I give Gilded and Marissa Meyer a five star rating and hope the sequel is well in the works; I can’t wait to find out what happens next. 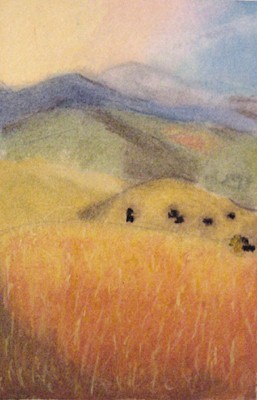 So... my original reiew was whacked up in way that I knew nothing about the original Rumpelstiltskin story. This is my new review, which is accurate now that I know what I got wrong. Enjoy!