Favorite Quote:
"Do not go gentle into that good night." -Dylan Thomas

Susan Dennard’s Witchshadow, the highly-anticipated fourth installment of The Witchlands series, is a fast-paced read that will delight loyal fans and newcomers alike. The novel alternatively chronicles the stories of young witches seeking to both restore peace and friendship by battling reincarnations of evil and reuniting with their Threadsisters. We follow five distinct storylines: Safi’s quest to escape her political marriage with Emperor Henrick and free the Hell-Bards; Iseult’s journey to overpower Corlant and discover the true nature of her dark powers; Stix and Ryber’s investigation into mysterious ancient voices; Princess Vivia and Empress Vaness’s efforts to achieve peace for their lands amidst ambush; and periodic flashbacks to a wedding gone too wrong. Despite its somewhat confusing setup, Witchshadow ultimately redeems itself with an action-driven plot fueled by strong character and world development.

Perhaps the most daunting aspect of Witchshadow is being able to comprehend the plotline history and terminology. To new readers, it may be especially helpful to find the definitions of commonly-used phrases in the online Witchlands Wiki (thewitchlands.fandom.com/wiki/The_Witchlands_Series_Wikia) and get up to speed with the “Series Recap” on the author’s website (susandennard.com/recap/). However, Dennard’s writing does not overly rely on previous novels, so both returning and new readers should have little trouble understanding key plot points after getting a few chapters in.

Despite its elaborate worldbuilding, Witchshadow is enjoyable to read. The switching of perspectives every chapter allows for the right amount of storyline to shine through, captivating interest while driving the plot forward. It seems Dennard has perfected chapter length, scarcely leaving the reader bored--a real fear with the intimidating 445 page girth of the tome. However, the length is occasionally felt when adventure-ridden chapters proceed duller ones. Luckily, Dennard’s writing does not disproportionately depend upon Witchland lore; world-specific vocabulary is present but not overpowering. Her prose mirrors this utility, without extravagant passages of purple prose but thoughtful details that breathe life into the Witchlands.

Rounding on the storyline itself, Dennard does a fine job weaving in world-building, action, and character development. Throughout the text, the nature of new and old magic is revealed gradually, adding depth to the history of the “Old Ones” and the “Dark-Giver”. These historical details are effortlessly interwoven into scenes of observation and conflict, whether the remnants of magic are explored through building structures or explanations of ancient powers are put to use in combat. We also become increasingly aware of Iseult’s moral dilemma, Vivia’s awakening desires, and Stix’s newfound independence over the course of the novel. However, it is important to acknowledge a few weak areas: the immature exploration of key romances and magical backgrounds for some characters, for example. However, the ending ultimately saves the text by providing ample satisfaction without being overpowering with an amount of closure that would devalue the next book in the series.

While long-winded at times, Susan Dennard’s Witchshadow is a wonderful feat of world-building and hero’s journeys worthy of attention by both curious readers and returning fans. Be careful--the magic inside might just enchant you. 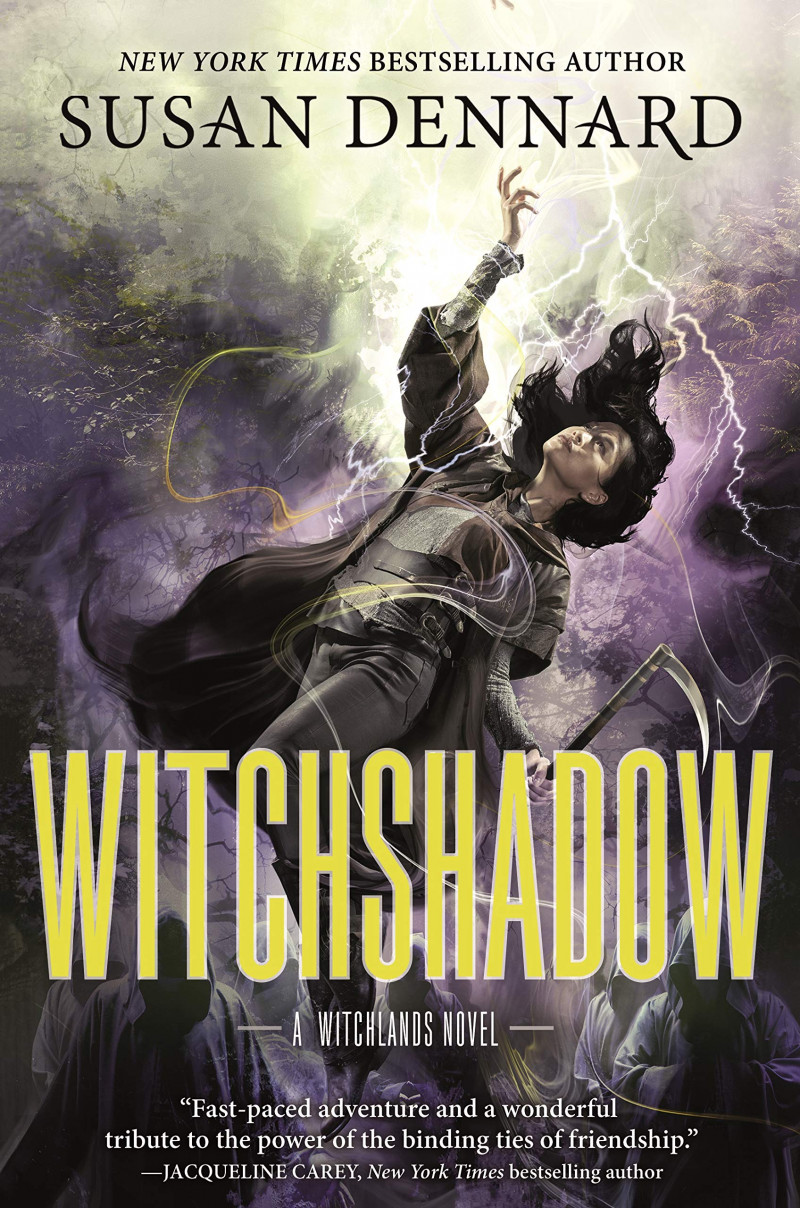