The Boy in the Black Suit by Jason Reynolds | Teen Ink

The Boy in the Black Suit by Jason Reynolds

Have you ever lost a parent or someone else close to you? Well, in Jason Reynolds’ The Boy in the Black Suit, he describes a high school student named Matthew, who has to find ways to cope with the loss of his mother as well as his father's plummet into drinking and self endangerment. Though most of the time Matthew is just thinking to himself, he could not get through the tragedy without the help of Mr. Ray, his best friend, Chris, and his girlfriend, Lovey. Along the way he learns many valuable lessons, such as when life gets tough, keep going. He learns this when Mr. Ray is telling Matthew about his past. Next Mr. Ray starts playing a card game, which he calls the game of life, and is similar to war, he starts by saying, “I flip a card, then you flip a card... sometimes you win and sometimes I win, and sometimes I keep losing, but I have to keep flipping cards because eventually I will win again. That is how life works you just gotta keep flipping cards” (108). This lesson helps Matthew realize that he can not just give up on life; he has to keep living it to the best of his ability.


Although at times the book can seem boring while the author is making time pass to reveal big plot twists and climaxes. For example, in the beginning of the book Matthew is at home, and for a couple of hours, it kind of drags on then and his father comes home. Then he learns that his father has been drinking heavily with another drunk, Cork. This type of writing keeps you engaged and excited for new things to happen. One element I found interesting was how so many of the character’s lives have been crossing paths since they were young. For instance, after Matthew learns that Mr. Ray was a really good basketball player, but because of an injury had to stop playing, he realizes that one of his other emotional mentors nicknamed Candyman was the one who hurt Ray. This sends him into a little emotional state where he is unsure about advice Candyman gave him.  Another thing that I enjoyed was the fact that the author uses past experiences as the main problem rather than social classes or race. For instance the author uses the fact that Matthew's mother passed away as his main conflict rather than making it about race, gender, or social economic classes. I would recommend this book to someone who enjoys books with inner conflicts and lots of emotion because the author uses a really good job at showing you how emotionally distraught Matthew is at times. He does this in the beginning of the book at Matthew’s first day back to school. He is confronted by a friend who is trying to be helpful about his mother passing and Matthew thinks to himself “I’m sorry you weren’t there to watch me totally lose it and explode into tears. I'm sorry you weren't there for me” (3). This reveals that Matthew is in a rough emotional state after his mother dies. All around the book is a pretty good read with dramatic plot twists and good conflicts. 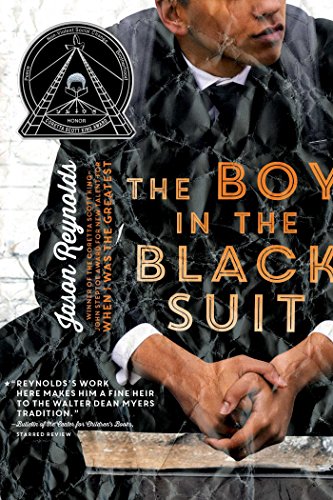 was forced to for school stuff.