The statement ‘Peace on Earth’ stats the concept of world peace. From the beginning of time till, well now, world peace has never been accomplished. Someone somewhere was always fighting, causing a war either between friends, family, or countries. Scientist says it is because humans are naturally argumentative, that it is in our genes to cause destruction wherever we go. Like everything in life there are expectations like Mother Teresa, whom some people give the name Saints. Still those from the Colony work hard and they finally feel like their peace on such a dangerous planet might be here, after all who is left on earth to harm them?

Clark and Bellamy, the power couple of the camp. Glass and Luke, the couple no one takes a second glance at anymore. Wells mourning his dead girlfriend, Sasha, it seems that life was going smoothly. The Earthborns and the Colonist were getting ready for their Harvest Feast, a giant dinner celebrating their new friendship. All was set, with Bellamy at the head, giving his speech when they were attacked. Blank eyed males tore their camp apart, setting fire and stealing their food. They also stole some of their people, both Colonist and Earthborns alike. With both his siblings stole from him Bellamy is willing to do anything to get them back, no matter what the cost. “When are you finally going to understand? Just because you love someone it doesn’t give you the moral right to do something unreasonable. We’re all scared. We’re all in pain. But we have to be rational”. The crew stole are also trying desperately to get back to their family and friends. Stole by the Protectors, they learn to play along and gain trust until they are able to escape, sadly playing by their rules is harder than it looks. Fear and love are what drive these people to make their irrational decision, as they discover peace on earth may never happen for them.

Just when you think The 100 series was over thinking again! Kass Morgan adds a fourth novel in series, creating more drama than ever before. There was not a lot of character development (hot head Bellamy never ceases to amaze) with nice writing that flows quickly. The relationship between Glass and Luke stay the same (honestly they get more boring as the series goes on) but Clark and Bellamy still hold your attention “But none of that compared to the pain he felt watching Clark turn her back on him again”, Poor Bel. The true issue with this story was the plot. How many people were left and survived on earth that Morgan is going to keep hidden from us? First it was the Earthborns, the several groups of them, the ones they made peace with, and the ones they did not. Now we have the protectors, another group that the Earthborns did not know about (or if they did, they never mentioned) who lived a day away from them, and yet they never discovered them until now? A major plot hole if I have ever seen one. The only thing that saved this series was the ending, one that might not make that much sense, but you have to give it to Morgan for hitting you right in the feelings at the end. 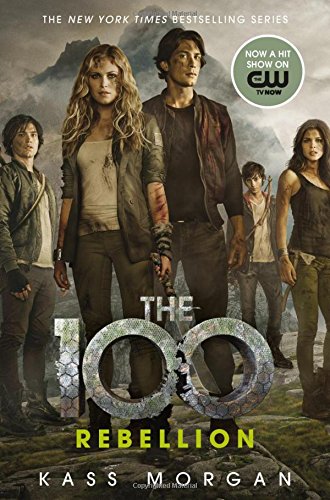 Just read this book for the endding, I swear it is worth it!