Have you ever felt yourself to be different? The “I do not belong in any group” different? How your parents may be rich, and you are one day going to inherit a big company, but still friendless at school? The only person that seems to get you is your delusional grandfather. Yes your grandfather, a World War Two veteran, who had delusions of grandeur, he tells you stories of a girl who levitates, an invisible boy, a girl in a jar, all these children he grew up with at the orphanage he was at on an island far away. Throughout your childhood you believe these stories, wanting to be an adventurous as he, as together you pour over National Geographic’s magazines planning your trips. Still comes the day when his fairy tales, become just that, Jacob should have known that all fairy tales are based on real life.

Sixteen year old Jacob Portman works in Smart Aid, a chain store that his uncle owns and that he will one day own a portion of it. This is the sole reason why his boss does not fire him, even though he shows up late, leaves early, and is an all-round horrible employee. When his grandfather calls, Jacob and best friend Ricky go over to his house to find it trashed and abandoned. In the woods behind the house Jacob finds his grandfather who was close to death. He gave Jacob a few instructions, then passed away in his arms. That is when Jacob saw it: “I saw a face that seemed to have been transplanted directly from the nightmares of my childhood. It stared back with eyes that swam in dark liquid, furrowed trenches of carbon-black flesh loose on its hunched frame, its mouth hinged open grotesquely so that a mass of long eel-like tongues could wiggle out”. After that nigh Jacob was never the same. He dropped out of school, slept in the windowless laundry room. His parents tried to act cool, but their son had gone insane, so they hired him a shrink, Dr. Golam, who did not seem to be helping. Jacob was obsessed with what his grandfather meant, when clues started lining up Jacob knew what he had to do. He had to go to that island, find the orphanage that his grandfather had lived at, and tell them everything, and hope that they gave him some answers back.

Can we please just talk about those photographs? What makes Rigg’s book stand out from all others, were the photographs. Vintage, Polaroid pictures take up pages of the book, some looking normal, others creepy. These pictures truly bring life to the story and the peculiar children, Jacob meets along the way. Ransom Riggs for his first published novel did an extremely good job and is a good gifted writer. Looking at the cover (and some of the pictures) I expected it to be a horror novel, but it was not! Instead it had the thriller edge to the story, with a supernatural feel, but not graphic more truly scary in any way. The greatest part was how Rigg’s tied the grandfathers “fairy tale” story to actual historical events. The “monsters” he was fighting Nazis, the “thing he was trying to hide” was that he was Jewish. No wonder Jacob had to believe these historical facts instead of his grandfather. This story had a different flair than most books of this generation, where Rigg’s could have went a lot darker than he could, he went on the light side allow us weak hearted people, giving us the illusion that something dark was to come, but not letting it get too close. 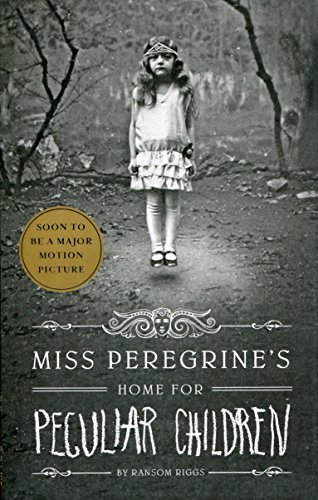 Historical, Fictional, Thriller and Science Fiction all rolled into one book!