The Silver Chair (The Chronicles of Narnia #6) by C.S. Lewis | Teen Ink

The Silver Chair (The Chronicles of Narnia #6) by C.S. Lewis

Narnia has thus seen the days of the Pevensies children. After all four of them grew up and were no longer welcomed back into Narnia, a land they all fell in love with. Peter and Susan left the land to Caspian, a boy they met and deemed fit to rule. Edmund and Lucy left after sailing to Aslan’s Country with Caspian finding all seven of the lost lords. On that mission they brought their bratty cousin, Eustace, who grew into a half decent person during his time in Narnia. Time does not flow the same in Narnia as it does on Earth, so while it has only changed from summer to fall, whole centuries had passed though Narnia.

Eustace and Jill find themselves in Narnia after escaping a group of bullies at their school. Jill, frightened, was given a task to find the missing prince by Aslan, where Eustace tries to find the people he sailed with to the worlds end. With almost seventy years has passed in Narnia since Eustace was last there, his Caspian was still king, but the missing prince is his son, Rilian, who Caspian fears will never see again. Eustace, Jill and new found friend Puddleglum, a marsh-wiggle, the trio are out to find Prince Rilian who was kidnapped by a snake, the same snake who killed his mother, in order to bring him to see his father before he dies. From giants, fights, separation, the trio will have to endure the evils of Narnia in the honor of Aslan.

C.S. Lewis had left the loveable Pevensies behind and left us with Eustace, and his equally awful friend Jill. They are not bad characters, but children, and like children, no matter the situation, they will whine and complain. We already got a taste of what Eustace was like, and he is the same, but a bit better because this is his second time in Narnia. Jill spends her time whining, forgetting the one thing Aslan told her to do, and above all acted like a little girl. Out of all the stories this had the least confusing plot line as it was simple: find and save Rilian. C.S. Lewis brings back old characters from the first Pevensies story, old villains, as Narnia is still stirring with old evils. 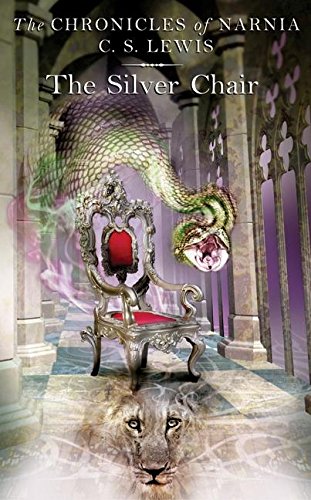 A story that shows children as they really are: forgetful, whining little monsters.