Even if the Sky Falls by Mia Garcia | Teen Ink

Even if the Sky Falls by Mia Garcia

A typical girl, with a typical life, a typical family in a typical town. Sounds typical right. That was Julie life. She lived with her mother, father, and older brother Adam, in the suburbs of America. Life was fine for Julie, until her bother left to join the army. A year later when he returned, he was not the same Adam that Julie loved. She kept waiting for him to come back, laugh like he used to, make the same jokes they always had. Instead this new Adam, colder, sleeps more and drinks every night, was not her brother. When Adam had his accident, Julie could not take it anymore. She begs her parents to let her go on her church group trip to New Orleans to build houses. Her parents thought she was helping out, but in reality Julie just wanted an escaped.

Julie wished in her time in New Orleans, she actually saw New Orleans. Instead Julie spent her days hammering away at a house, doing circle time with her group, and thus having a miserable time, but at least she was not at home right? It was not until after a blow up at Travis, a guy Julie cannot stand (but who likes her in a more than as a friend), when she takes the first bus out of there. Landing downtown New Orleans Julie finds herself in the middle of their Mardi Gras festival. Taking into the spirits of New Orleans, Julie celebrates Mardi Gras letting go of herself for that night. She meets a boy, tall, spiky blue hair who was part of the Midsummerboys band, who caught her eye and begged her to come over. They decided together to forget their old selves that night, she will call him Miles, and he will call her Lila, add in the no phones rule, as it will just be the two of them. Together Miles shows Julie the wonders of New Orleans, and Julie lets go of her past, and for that night, nothing else matters besides Miles.

This book screams love. The back history of Julie plays a role, so does Travis and Miles’s friends, but the majority of the book is about Julie and Miles, and their wonderful time they had each other. From the hotel, New Orleans hurricane, this novel is filled with heartache, and love as Miles gets to know Lila, the fun loving girl, and not Julie, the girl with the family issues. It is about letting go of your issues and for one night, with a handsome stranger, Julie gets to explore a world unlike her own, for a short while at least. The story took a while for it to get going (basically it was dull before Julie met Miles) and the flashbacks to the past were scattered throughout the story at the end, giving you the “accident” of Adam and what made Julie want to leave for New Orleans in the first place. As Mia Garcia’s first novel I will say it is a hit and I cannot wait to see what other stories she produces, because if all her male characters are like Miles, well then I am in love already. 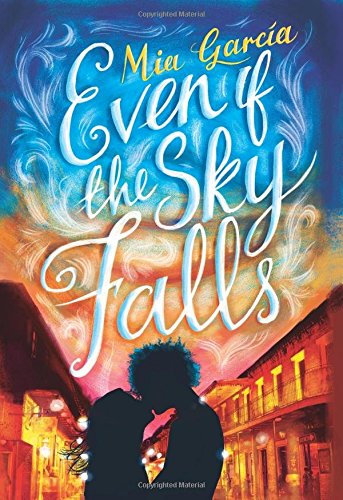 Love, love love! Did I mention the theme was love?