“We are Avery Women” is what their mother always told them. Avery Women are strong, independent, and make others bow down to them. Their mother, a shark in the insurance word, married and kindergarten teacher and had three beautiful daughters. Phoebe, the lucky lovable baby sister and her popular friends. Allison the stunning middle child with a bad temper. The oldest Quinn who is brilliant and keeps a calm, Zen like status throughout her life. Lucky told us the story of Phoebe and her dress, Gorgeous told us about Allison and the devil, now Brilliant will tell us about Quinn and how she holds everything together.

Quinn was brilliant, or so everyone told her. She was used to hearing the worlds “brightest among her peers” throughout her entire life.  Quinn never thought anything about it, as she spent all her time studying and being the best daughter she could be to her parents. She study for every single test that ever came her way, from math tests, chemistry quizzes, to her driving test, with her saying “It was a test so of course I studied” backing her up. Quinn and her best friend Jelly are camp leaders for underprivileged kids this summer, as they take the kids from hikes to swimming in the lake. That’s where our duo becomes a trio when Adriana joins the group as the third leader. Adriana is stunning, so beautiful it hurts her eyes, and made it her mission to get Jelly and Quinn some boy action that summer.

Home, a place where you grew up in, and where your parents live. Everyone at school cannot wait to go “home” when the final bell rings. But what is home? Surly it cannot be just the wood and nails that hold up the place you live, home must be something more. Quinn, the sensible one knows this, yet something inside her snaps when her parent’s tell her and her sisters that they are selling their house. From the day Quinn got home from her training at the camp and saw her red room, her beautify red pained bedroom, painted stark white, Quinn started to break out. Instead of going to bed at ten, getting up early, keeping her parent’s secrets, and watching out for her younger sisters; Quinn is out partying with Adriana, and kissing the wrong boys. Quinn is on the fast track down and it is up to herself to save her.

Rachel Vail wrote about rich girl problem Phoebe, beautifully tragic Allison, and now good-girl-gone-bad Quinn.  Throughout the sisters stories I always like Quinn best. The smart sister, who kept a level head and knew that their mother was innocent and that losing the house wasn’t the worst thing that could happen. In Quinn story you got to see what she was feeling, and how she was Zen-like on the outside, on the inside she was breaking apart. Quinn was a lot more self-center then the other stories made her seem, as all she can think about was her red room, her love/hate of her mother, and the older boy who stole her heart. Quinn has to deal with many personal struggles that she has to deal with throughout the story. Rachel Vail writing is still common, yet because it was from Quinn point of view, you got to see what her mother did, and the reason behind it. 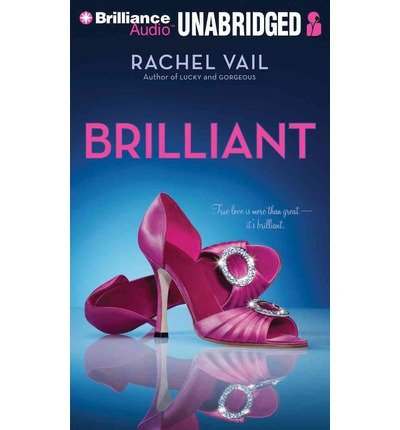