Journey to Topaz
by: Diana Hunt

The book Journey to Topaz is historical fiction. This amazing and powerful book was written by Yoshiko Uchida. She wrote this book to bring to people's attention how upsetting this event and time period really was.

This book took place in various places such as Berkeley, California; Tanforan, California; and Topaz, Utah. In 1942, the Japanese bombed Pearl Harbor. After that, most Japanese were sent to internment camps, even if they were U.S. citizens, because of their race. Many Japanese from places like Berkeley, CA and that area were sent to Tanforan, California where they lived in horse stalls. In these kinds of places, it was warm, they didn't have much privacy and they were only given a small place to live. From there, people were sent to Topaz, Utah. They had a bigger space, the children went to school, and there was a hospital. It was very dusty and there were dust storms often. People went through tough times and missed their homes. Others worried that they had lost almost everything. After about a year, Americans started realizing what was happening. The war had ended and many Americans apologized to the Japanese for their terrible mistake. Many people left Topaz and went to Salt Lake City to begin a new life.

While we were reading, I felt like the author really could make the reader feel the different emotions through her writing. The book also had very good descriptions. I think the author could have spent more time on each major event. For example, when Mr. Kurihara was shot Uchida could have written more about what happened at camp and how it affected everyone because it was a huge event.

I really enjoyed this book for several reasons. The characters really came to life in my head. I think this is a book that both children and grownups would find interesting. On a scale of one to ten for great description and a story of survival, I would rate this book an 8.5.

Altogether this book took me on a journey that I never knew existed. It captured me and made me want to read more. This book was incredible. 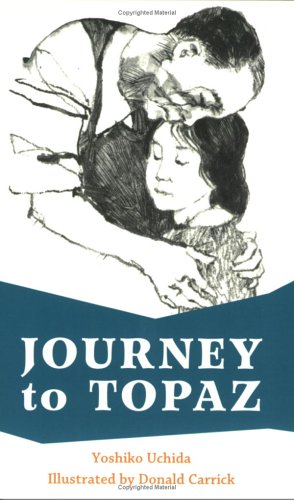