Hanging On To Max by Margaret Bechard | Teen Ink

Hanging On To Max by Margaret Bechard

Do you like books that are associated with romance, and reality? Do you like books that catch your attention - meaning you won't put it down? Then Hanging On To Max is one of those grrreat books. I read this book in literally 3 or 4 days. It was a book that took me to another world, almost as if I were in the book with all the characters. It caught my attention so much that I could not put it down and I nearly read 60 pages in one day! It had been a while that I’d gotten a good book,until I got this one.
This book is based on a young teenage boy, named Sam, who has a child at age of 17, named Max. Sure you’d think that Sam would be a girl, but the mom of the child (Max) decided that she would give the child up for an adoption, but the dad refused and decided to take charge. I feel as if the mom was a jerk and Sam was the bigger person, in this case. Now that Sam had Max, he had to change somethings in his life. For example, he moved schools because the administrators had sent him to a school where a daycare was also held, so while he was educated the child was taken care of. Also that meant giving up friendships. But one day he sees a girl named Claire, that had just moved to the same school as him and realizes that Claire was a very popular girl who went to his old school. Sam gets excited,for he finds out that him and Claire have a class together. From then on, Sam and Claire hangout and even go out on little dates. Claire also has a kid but this time it’s a girl and her name is Emily. She is much younger than Max who is 11 months, and Emily is only 3 months. What I find really cute, is that as Sam and Claire go out on their dates, they also take their kids. Sam and Claire then hold a relationship together. And I personally think they make a cute couple :) . One day as they’re are on one of their dates a Sam notices a lady staring at  them and the lady finally says, “What a beautiful family!” and Sam got a little frustrated. He then remembered his mom - she died when he was only 7, from cancer. Sam only had his dad. They both get along well, but they don’t have the strongest relationship. One day Sam gets so caught up with the SATs he took and life, really, that he decided to make a horrible mistake, but that mistake comes back at the end of the book.
This book definitely goes on my good book list :) . I rate this book 6 stars out of 5. And I recommend this book to girls and boys that can relate to one of the characters. I could read this book 1 million times again and not get tired. This book also made me cry because of the events that happen, not only that but I related to it. My sister also has a kid and she is ALSO a single parent, but I couldn’t imagine my sister doing something to my niece, like what Sam did to Max. I strongly recommend it to EVERYONE! I plan to now try and contact the author and thank her for the good effort she worked on the book. Also to request that they should make a movie. One more thing to add to my bucket list :) . 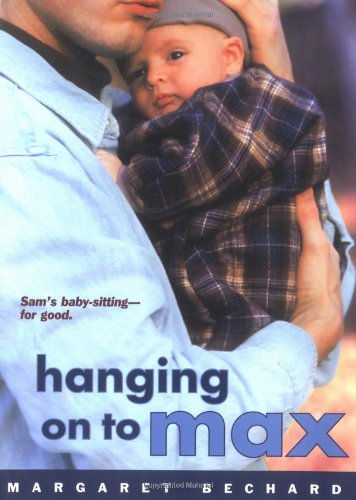