Never Fall Down by Patricia McCormick

Never Fall Down- A Summary

Never Fall Down, a novel written by Patricia McCormick is a novel based on the true story a little boy during the time of the Khmer Rouge. Arn, the little boy, is twelve years old when the story begins. He and his family are forced from their home along with the rest of Cambodia. The Khmer Rouge are the men who take over. Forcing men, women, and children to work all day everyday in the rice fields of Cambodia. They work for over two years on little to no food, until the Vietnamese show up and start a war.
Throughout the novel, the reader has the understanding of a twelve year old boy. It’s shown through his perspective, and his journey. Arn gets separated from his family, and is forced to work without any knowledge of them, ever. He works until one day, the children of that field are asked if they can play music. Arn never learned, but he raised his hand, that may have just saved his life. He is taught how to play music, then a band joins him. The children of this band are terrified, and they can’t play very well. He leads them in this band, protecting them, their band teacher, and himself.
Arn goes through the years with the Khmer Rouge becoming more and more famous with his instrument. He is told to play for the leader at a party, and that is when the Vietnamese come. Every leader, or high-ranking Khmer Rouge flee, there is wide-spread panic. All the children are given guns, and some flee. Arn and his band mates have become a small family, and one Khmer Rouge, Sombo, go along as a troop. Taking guns, and a little rice, they join the war.
Arn leaves the group in hopes of finding Thailand. Everyone who has been with the Khmer Rouge know that if they make it there, they are safe. From the war, from the Khmer Rouge, everything. Arn knows that if he can’t get food, then he will die, which leads to some pretty drastic measures. Arn eventually ends up in America, and he can never really get used to the way things are in America. He has Post Traumatic Stress. 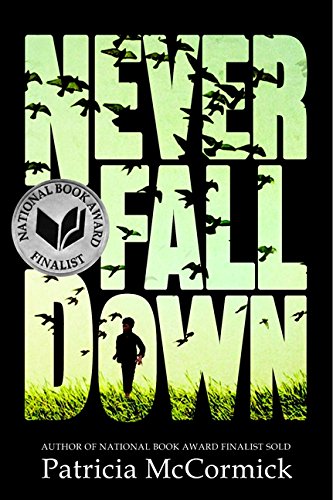