The Beautiful Game by Jonathan Littman


This book is about a girl's soccer team called Thunder that didn't work hard, and their coach expected little of them. Then, a new coach fresh out of college, Emiria Salzmann, took the team over and showed them what it took to win. She worked them so hard they wanted to puke, and many of the girls started to hate her and each other. Thunder was made up of many different girls that had multiple personalities, and didn't get along at first. Many of the parents disagreed with Emiria, but what they didn't know was that she could lead these girls to victory. They practiced in rain, hail, sleet, snow, and sunshine. The weather didn't matter. They went on long runs, did thigh-burning sprints, and drills until they thought they were going to collapse. The girls eventually started to get along and became best friends because they were a team. They started hanging out all the time and confiding in each other. Thunder became very close, and shared the joys of winning its league at the end of the season, advancing to state.

There are many themes of this book, but the two that are the most important are determination and friendship. Determination is a theme because the girls were very determined to win, but the most determined was the coach. Emiria never let the girls slack off because she knew what it took to win. Friendship is a theme because in the beginning, the girls couldn't stand each other, but they eventually grew so close to each other that no one could separate them.

I think you should defiantly read this book. It tells you all the pains and sufferings of the team, as well as the joys and victories. It keeps you on the edge of your seat, always wanting to keep reading and find out what happens next. The mix of characters can become confusing at times, but once you read farther in the book, you feel like you know the characters as well as yourself. If your looking for a book that you will enjoy and like sports, not just soccer, then this book on the bonding of a team is a great choice. 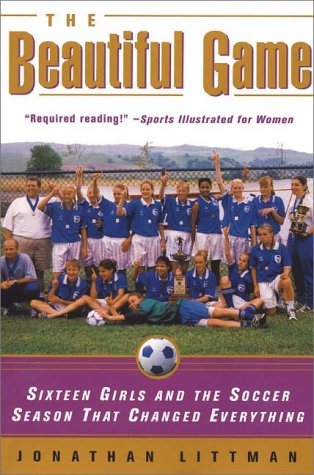