Emma’s life has never been easy. When her mother, Becky, abandon her at her friend’s house at age five, Emma has been moving around from foster home to foster home.  It was at her last one, about two weeks until her eighteenth birthday where she discovers her twin sister. With a Facebook message Emma was off to meet Sutton Mercer. Unfortunately at that time Sutton was already dead, forcing Emma to play along as Sutton, as if she didn’t, she was next.

Emma has been living the lie as Sutton for quite a time now. She has fooled everyone from Sutton’s parents, teachers, boyfriend and her exclusive group of friends. Yet there is one person from Sutton’s life whom Emma has not met yet. One that played a very important role in Sutton’s last day of life: August 31st. His name is Thayer Vega. Dark, mysterious, and a Vega at that, Thayer were trouble, so no wonder why Sutton fell for him. He disappeared in June, yet returned end of August to see Sutton and only Sutton before disappearing again. Yet that night (the night the book starts) Emma finds Thayer in her room. Screaming, she sends her parents and friends rushing in, and calls the cops. Thayer is back, and now, thanks to Mr. Mercer is in jail for the time being. But Thayer knows what’s up, as he can tell that Emma is not Sutton, or at least the Sutton he knew.  Could Thayer have killed her sister? With that boy anything is possible.

As soon as Sutton saw Thayer her heart stopped… again. Sutton just knew by looking at Thayer then he meant something to her. Even if she hated to think Thayer killed her, the evidences were not looking good. But Sutton loved Thayer, in a way they were both broken, and two broken piece made a whole for them. Yet with Thayer everything was a mystery, and giving the two memories she had of him on August 31st, it seemed that her killer was closer to her than she thought.

Sara Shepard is queen at introducing new characters halfway through a series.  Granted for this series Thayer was always there, and hints from Sutton’s friends made it seem like she was the reason he ran away. She kept this book fast pace, giving good detail and dialog when needed. Emma and Ethan’s relationship hit its peak as Emma has to choose between letting Ethan take a prank, and introducing him to her friends, the most un-Sutton like thing she has done yet. Both options are not pretty. Halfway through the series and no killer yet, either Emma will never find them, or they will find her. 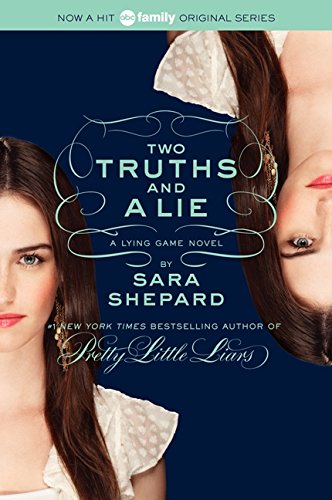